A patient who was engulfed in a fireball after surgeons activated an electric scalpel during an operation has died from her injuries, the health ministry and hospital said.

The Floreasca Emergency Hospital which is accused of covering up the operation that went wrong, said the unnamed 66-year-old cancer patient died on Sunday, a week after surgery.

Police on Monday said they were investigating whether medics were guilty of manslaughter. The woman suffered third degree burns after surgeons used an electrosurgical instrument to stop internal bleeding.

“We hope we can all learn from this troublesome episode, so that in the future we can avoid such a traumatic experience in a Romanian hospital,” Health Minister Victor Costache said Monday.

“I offer my support to the family in these trying circumstances and…. We do everything possible to find out the truth.”

The case became national news as the surgeon involved was a former health minister. The health ministry accused hospital managers of a cover-up, saying it only learned about the incident five days later from “third-hand sources.”

Surgeon Mircea Beuran said he was not present when the patient combusted at the beginning of the surgery.  Beuran who was health minister from 2003 to 2004was forced to resign over accusations of plagiarism. Beuran also acted as an adviser to former President Ion Iliescu.

Beuran said he arrived at the hospital after the incident. He said he carried out the operation and prepared the patient to be transferred to intensive therapy of the hospital’s burns unit, he told Antena 3 news channel.

Minister Costache, of the governing Liberal Party, said hospital managers had not informed the ministry about the case. The hospital is under the ministry’s authority. Costache sent a team to investigate the situation on Friday.

He claimed some surgeons had refused to cooperate with officials from the ministry conducting an inquiry,

The Floreasca Hospital said it was investigating what happened and had made available to the ministry the results of its inquiry.

Lawmaker Emanuel Ungureanu of the Save Romania Union claimed there was an initial cover up by the Bucharest Department of Public Health for political reasons. The department is run by an official appointed by the opposition Social Democracy Party which was ousted in a no-confidence vote in October 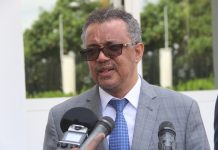 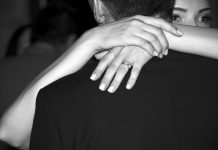