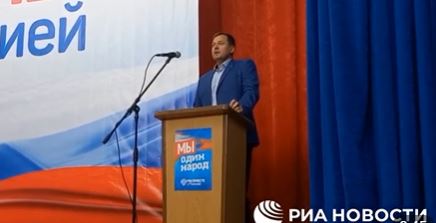 Yevgeny Balitsky, the governor of the Russian-occupied  Zaporizhzhia in south Ukraine has signed the order to hold a referendum on joining Russia,  RIA Novosti reported Monday.

Balitsky, a Ukrainian, who was appointed governor by Moscow in May, signed the document at the forum of the „We are together with Russia” movement in Melitopol.

Ria Novosti reported that some 700 delegates from all the region who took part in the event agreed to the referendum which could lead to the annexation of the Zaporizhzhia  region to Russia.

The Zaporizhzhia nuclear power plant was hit by shelling and Ukrainian have asked for it to be made a military-free zone, warning of the risk of a Chernobyl-style nuclear disaster.

Ukraine and Russia have accused each of shelling the nuclear power plant which is Europe’s biggest.

The region was home to around 1.6 million people before Russia invaded Ukraine on Feb. 24.

On Sunday, Ukrainian President Volodymyr Zelensky said that reviving peace talks would be off the table if Russia holds “pseudo-referendums” in areas that it has captured during the war.

He warned that negotiations with Moscow would be off the table if Russia goes through with expected referendums in areas of Ukraine under its control.

American and British officials have said that Russia-appointed administrators in occupied towns, villages and cities like Kherson, in Ukraine’s south, are getting ready for a ballot as soon as September that the Kremlin will present as demonstrating a popular desire to become part of Russia.

They have recruited pro-Russia locals for new “election commissions” and are reportedly already printing ballots.

In his Sunday address, Mr. Zelensky said that anyone helping Russians carry out the referendums would be “held accountable.”

“The position of our state remains the same: We will not give up anything of ours, and if the occupiers follow the path of these pseudo-referendums, they will close for themselves any possibility of negotiations with Ukraine and the free world,” he said.

In July, a spokesman for the White House National Security Council warned that Moscow was moving toward annexing southern and eastern regions of Ukraine by installing proxy leadership and forcing residents to claim Russian citizenship.

“Russia is beginning to roll out a version of what you could call an annexation playbook,” the spokesman, John F. Kirby, said, drawing parallels to Russia’s seizure of Crimea in 2014. 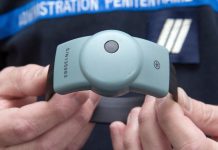 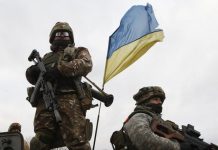 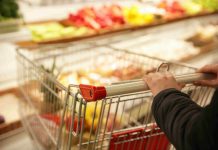