Romania on Tuesday expelled 10 Russian diplomats as Europe reacted with outrage over the killings in  the Kyiv suburbs where streets, buildings and yards were littered with the bodies of civilians. Many of them had been clearly killed at close range.

Russia’s Ambassador Valery Kuzmin was summoned to the Romanian foreign ministry to be given the news and the names of diplomats that are being kicked out.

The war between Russia and Ukraine entered the 41st day Tuesday. U.S. President Joe Biden said Vladimir Putin should be tried for war crimes after the Bucha massacre which  have unleashed more sanctions.

The Bucha massacre was a series of apparent Russian war crimes in which 300 civilians were killed in areas controlled by the Russian Armed Forces after the Russian invasion of Ukraine. Visual images of the massacre emerged on Friday after Russian forces withdrew from the city.

Ukrainian President Volodymyr Zelensky urged the United Nations on Tuesday to act and reform its system which gives Security Council permanent member Russia a veto, saying everything must be done to ensure the international body works effectively.

Meanwhile, Russian President Vladimir Putin said Tuesday Moscow would carefully „monitor” food exports to „hostile” nations as the West punishes his country with sanctions over its military action in Ukraine. 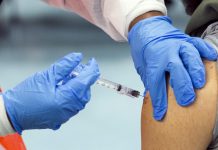