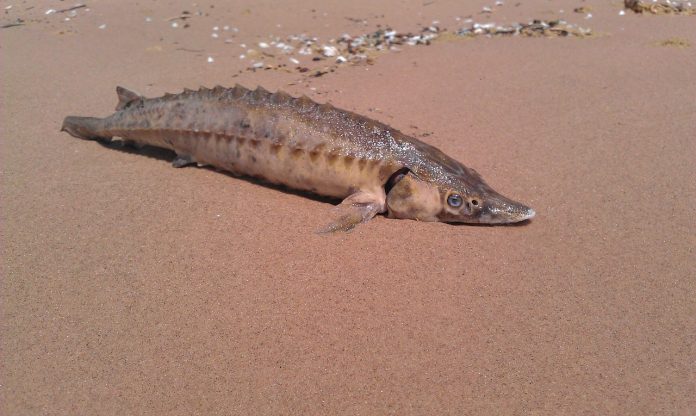 Romania’s environment minister on Friday announced a total ban on wild sturgeon fishing in Romanian waters, a move to protect the species which is threatened by poaching.

Minister for Environment, Waters and Forests, Tanczos Barna said that he’d signed an order extending the current ban “for an undetermined period.”

“I have responded to the fishing industry and I know the problems of poaching,” he said at a press conference in the Danube  port of Tulcea on Friday.  “I am a supporter of a total ban of the fishing of this species… which is continually under threat and needs to be protected.”

Sturgeon are prized for their eggs, caviar. But a gourmand’s treat is a curse for the beluga sturgeon. Overfishing has pushed the fish to the brink of extinction. It’s been illegal to catch a beluga sturgeon since 2006, but poaching is rife, thanks to corruption, organized crime and desperation among poor fishing communities.

Romania’s government extended the ban in 2016 for another five years and Friday’s action signals a long-term prohibition of fishing the species.

After the ban, there was significant growth of sturgeon farming, financed in part by the EU and the government. While this pisciculture was meant to replace wild caviar, the illegal trade continues.

Beluga sturgeons live in the Black Sea and travel up the Danube River to lay their eggs.

They have been around for 200 million years and are an armoured fish with a perfect design that has hardly changed over time. Although it lives in water, it’s a better climber than a swimmer.

The sturgeon can grow up to 2.35 meters and weighs more than 100 kilograms (220 pounds), but it is an endangered species due to poaching, pollution, overfishing and climate change.

„From assessments carried out by the environment ministry this species is in real danger and poaching can only be stopped through hard, long-term measures which is why this protection should be for an indetermined period,”Mr Barna said.

The minister said that other countries along the Danube, the second-longest river in Europe, are adopting similar restrictions.

The Danube and the Black Sea have six species of wild sturgeon, the sterlet,  the thorn sturgeon,  the beluga, a massive fish which is prized for its caviar and can live to more than 100,  the diamond or Russian sturgeon,  the starry sturgeon,  and the Atlantic or common sturgeon.

The Atlantic sturgeon also known as European sturgeon and the bastard sturgeon are critically endangered species and all but disappeared from the Danube from the end of the 1960s.