Romanian authorities say coronavirus cases reached 17,191 on Tuesday, with 155 new cases diagnosed in the last 24 hours, one of the lowest figures in weeks.

The Strategic Communication Group said the number of deaths had risen to 1,126.

A 65-year-old surgeon at Bucharest’s University Hospital was among the patients that succumbed to the virus in the last 24 hours. Catalin Barbulescu, who had existent health conditions, caught the virus from a patient. Some 2,625 health workers have contracted COVID-19 since the  outbreak.

Romania’s Prime Minister has urged Romanians not to relax too much as the country eases restrictions and enters “a state of alert” Face masks are compulsory in enclosed public spaces and physical distancing is recommended, although hard to enforce.

Authorities are worried that people will relax too much after a two-month state of emergency.

President Klaus Iohannis said he would not hesitate to declare a state of emergency again if there were a spike in cases.

Under the new rules, parks and some shops have been reopened. People no longer need to fill out forms explaining why they have left home, as long as they stay in the town or village where they live.

Since the outbreak in March, 10,166 patients have recovered from the virus, authorities said Tuesday

There are now 195 patients being treated in intensive care, one of the lowest figures in weeks.

Some 11, 800 people are in institutionalized quarantine and about 34,415 are in self-isolation at home. The number rose by more than 6,000 after Romanians returned home after the state of emergency was lifted. 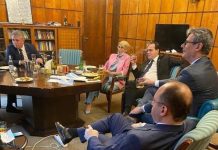 A photo of Romanian PM smoking, not wearing mask at birthday do in his office lands him 3,000 lei fine 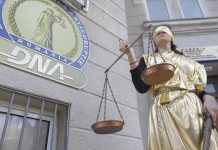 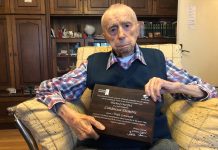