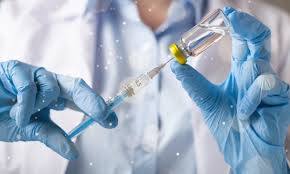 Romania reported 196 deaths of patients with Covid-19 on Tuesday, the highest single-day tally in two weeks, even as new cases dropped to 7,753.

The Strategic Communication Group said more than 30,000 tests were carried out giving a positivity rate of 25%, the lowest rate in a fortnight.

Cases fell in the capital Bucharest and the outlying Ilfov region where many commuters live as the effects of tougher restrictions which were put in place two weeks ago began to be felt. There were also fewer cases in the central Sibiu region and Timisoara in the southwest.

Bucharest posted 1,147 new cases, the lowest since Nov. 18 while Cluj in the northwest had just short of 400 cases.

However, the number of SARS-CoV-2 patients in intensive care units rose to a record 1.204 on Tuesday as authorities struggled to cope with an influx of patents needing specialized care.

The death tally was the highest since Nov. 11 with 129 men and 67 women succumbing to the virus in the past day, including a baby who had multiple underlying health conditions.

The latest figures came after the national Covid-19 vaccine coordinator Valeriu Gheorghita said the first people to get the vaccine would be the over-65s and those with underlying health conditions such as diabetes or chronic heart disease.

„The priorities are for people with chronic lung disease, heart disease, obesity, diabetes and cancer,” and they will get the vaccine first., Valerui Gheorghita told Antena3 on Monday.