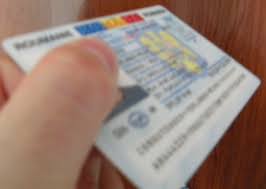 Romania’s deputy prime minister wants a radical change to identity cards that are issued to all Romanian citizens above the age of 14.

Dan Barna says he wants the documents to no longer have people’s addresses on them.

“The idea is to get rid of this somewhat artificial link in which a person’s identity is conditioned to the existence of a domicile on an identity card. This would allow a much more flexible and natural way to vote”, he said on Tuesday at the Parliament.

Currently, people have to vote where they are officially domiciled. As identity cards are changed every ten years, the addresses aren’t necessarily up-to-date.

Mr Barna said he would formally make the proposal in the next coalition meeting.

Romanians, like most other citizens in EU countries have identity cards which they use to vote or if they need to show proof of identification. They can use them as travel documents in the EU and other countries, such as Switzerland.

The card has a photo of the bearer, their date and place of birth, their national identification number known as a CNP, and their address.

Dan Bana is a deputy prime minister. He is also head of the Save Romania Union-Plus, a junior partner in the ruling coalition. The party is considered a progressive, mainly centrist alliance.

It was established with the purpose of reforming Romania’s political class. It generally pushes for political, social and economic reforms.

Barna said removing people’s addresses would be in line with „what they’ve done in many European states.”