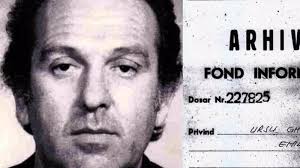 A Romanian court has acquitted three Communist officials who were on trial for crimes against humanity in the death of 1985 dissident Gheorghe Ursu.

The Court of Appeal acquitted Marin Parvulescu and Vasile Hodis who were officers of the feared Securitate secret police of late Communist dictator Nicolae Ceausescu.

Former Securitate chief Tudor Postelnicu, who died in 2017, was also on trial. The court acquitted him post-mortem on Thursday.

The sentence is not final and Ursu’s family said they would appeal it.

Ursu, an engineer, died after being beaten by interrogators and inmates on the orders of the Securitate. Ursu kept a diary where he was critical of the Ceausescu regime. He was arrested in Sep.t 1985 and died in the Jilava Prison Hospital two months later.

Andrei Ursu, son of the dissident, told B1 TV station he was “outraged.”

“It is shocking how 30 years after (the country) is freed from communism, that the Securitate is able to influence a judge.”

The ruling came as a surprise as Romania prepares to mark 30 years since the collapse of communism. Prosecutors had asked for 25 years prison sentence for two of the former Securitate officers.

Securitate files show that the political police targeted Ursu who criticized Ceausescu’s response to a 1977 earthquake that claimed more than 1,500 lives and damaged numerous buildings in Bucharest.

Ursu, who kept a journal highly critical with Ceausescu and was active in dissident circles, was part of the team of experts tasked consolidating buildings that had been damaged in the earthquake.

Ursu opposed the decision to suspend these works so Ceausescu could pour money into the House of the People, the megalomaniac palace which now houses Romania’s parliament.

Ursu denounced Ceausescu’s attitude in a letter read on the Radio Free Europe, a US-funded radio station that millions of Romanians tuned into to hear uncensored news.

He was then arrested and his refusal to incriminate fellow dissenters and denounce Radio Free Europe that paid its sources for fake information exposed him to the torture that would lead to his death, his son told Balkan Insight.

Securitate officers fabricated a file saying  he held hard currency, which was illegal at the time, but in reality, their investigation focused on his links with Radio Free Europe, and his discussions with “the artistic and literary world in the country and in the diaspora,” and what he wrote about daily politics and the country’s and party’s leaders, Ursu said.

Judge Mihaela Nita also changed the charges from crimes against humanity into crime of inhumane treatment.

The other person jailed over the Ursu affair is Eugen Grigorescu, who was jailed for three years in 2005 for destroying the victim’s diary.

The court did not rule on the civil lawsuit brought by Urus’s children.