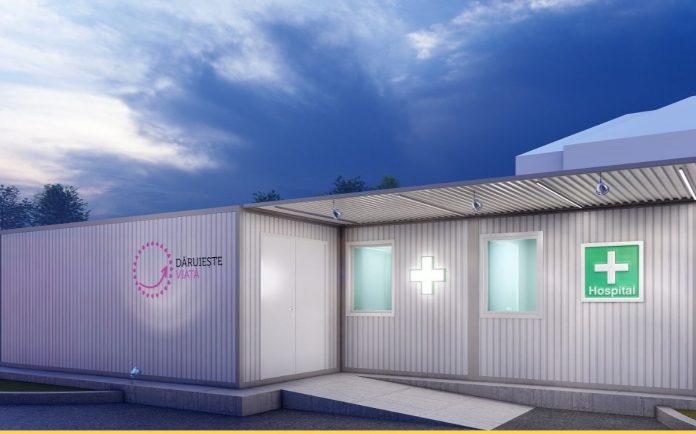 The Daruieste Viata association said the hospital, which is being built in the grounds of the Elias Hospital, will be ready to take patients in one month.

„Daruieste Viata appeals to companies and donors inside and outside the country to take part in this project,” the organization said.

The health ministry and the Elias Hospital will be in charge of endowing and running the facility, according to a press release.

It said it was building the unit to support the chronically underfunded public health care system which is struggling to cope with growing numbers of coronavirus cases.

On Thursday, cases rose to 2,738, with 278 new cases reported in the last 24 hours. Some 94 patients have died since the outbreak.

The hospital plan was developed together with partners Tesseract, IMSAT and Linde. It will have about 50 beds to treat serious cases.

“Romania has the advantage of being several weeks behind the other states but it will not be able to avoid the peak of the epidemic we now see in Italy and Spain, “ said Carmen Uscatu,the co-founder of Daruieste Viata.

“There will be thousands of cases at Romanian hospitals which are already over-crowded and unable to protect the patients because of infections and the lack of medical equipment,” she said

Daruieste Viata was founded by Oana Gheorghiu and Carmen Uscatu in 2015. They are raising money to build the first children’s cancer hospital in the country. Since 2015, some 300, 000 people and 4,000 companies have contributed to the project.

U.S. heavy metal band Metallica donated 250,000 euros for the construction of the hospital. It held a sold-out concert in the capital in August 2019 which was attended by a record 50,000 spectators.