Romania’s Orthodox Church has asked authorities to allow a pilgrimage this weekend to honor patron Saint Andrew despite the pandemic and local restrictions which were enforced after a high number of Covid-19 cases.

The yearly pilgrimage to the St. Andrew cave on Nov. 30 in the village of Ion Corvin near the Black Sea is currently in question after Constanta county went into lockdown a a week ago following a spike in coronavirus cases.

A court in Constanta rejected a lawsuit by the local Archbishop of Tomis on Wednesday to hold the pilgrimage, dashing hopes that it could go ahead.

But undeterred by the ruling, the patriarchy, the seat of the Orthodox Church, on Thursday formally asked the government to make an exception and allow the faithful “in an exceptional way” to make the yearly pilgrimage. It said believers would respect health rules such as social distancing.

It is the latest episode of friction between the Orthodox Church and the government over religious festivals and holidays during the coronavirus pandemic. Some Orthodox cleric have downplayed the crisis and have not respected rules such as social distancing and mandatory masks.

The Orthodox Church to which more than 85% of Romanians is keen for the the latest festival to go ahead despite the high number of infections.

The Constanta region went into quarantine on Nov. 20 and has the highest number of cases in Romania after the capital, Bucharest. It posted 644 cases on Thursday after 747 on Wednesday, the second-highest figure for a single day.

″Taking into account….. the exceptional role pf St. Andrew in the life of the Romanian people, it is necessary that state authorities allow as an exception the faithful to take part in the pilgrimage at the St. Andrew cave,” the patriarchy said.

The patriarchy called it “a necessary exception for an exceptional case,” saying it was “concerned about protecting believers’ heath and well as their religious freedoms.”

The patriarchy said the village in southeast Romania had less than 2,000 residents and could safely organize the pilgrimage.

Saint Andrew was named the patron saint of Romania in 1997 and the day became a public holiday in 2012.

Legend says Saint Andrew arrived in Dobrogea region near the Black Sea during a harsh winter, and fought wild beasts and a blizzard before reaching a cave.

When he reached the  cave, he hit the ground with his walking stick and a spring burst forth, and he baptized locals and healed the sick with the waters, converting the whole area to Christianity. 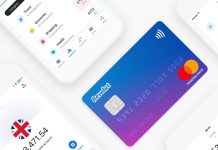 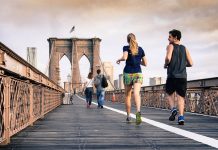 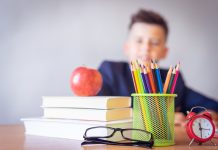