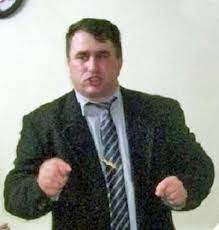 A court has sentenced a Romanian Pentecostal pastor to more than 21 years in prison for the rape and mistreatment of five of his children in a case that shocked Romania.

The Falticeni court on Monday sentenced Constantin Pandelea from the northern city of Suceava on one count of rape, four counts of repeated sexual aggression and five counts of physical abuse over a six-year period Ziare.com. reported.

The pastor, 51, was arrested a year ago in a case that caused outrage as the five children he abused were his own.

Prosecutors said he raped one of his daughters on a number of occasions and sexually abused the other three. He had three older children.

He subjected all five children to “horrific physical abuse.”

The court ruled that he be stripped of his parental rights and forbade him from coming within 200 meters of them after completes his sentence.

The rape and sexual abused occurred from 2014 until July 2020 when children finally went to the police. His wife filed a complaint against her him, but later withdrew it.

„We were beaten all the time, since I was young. I was very scared of him and couldn’t stop him. He beat us with a shovel when we were picking strawberries, “ a daughter told the court. His son was forced to sleep in the pigsty.

The final beating occurred on July 5, 2020 when he hit his daughter and poured cold water over her head, after she complained of a headache.

He made her go out to the garden, chased her and hosed her down. He refused to let her change out of her wet clothes for three hours.

After that, the children went to the police. The pastor was arrested. A court rejected  subsequent appeals for him to be released from custody.

”The suspect is a violent person and would have continued to abuse his children and wife, creating an atmosphere of fear,” had he been released, the court said.