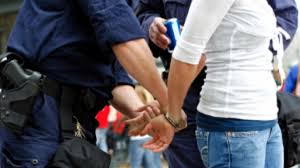 Police have arrested a 22-year-old woman in the Black Sea port of Constanta after she allegedly assaulted four police officers, three security guards and two others during an altercation.

The unnamed woman got into a fight at a bar in Constanta, a city in eastern Romania on Friday evening. She initially pulled the hair of one woman and lashed out with her fists and feet, and then hit another woman over the head with a glass, according to a statement from local prosecutors.

The woman, who was identified by her initial L. I. I. got into a “spontaneous fight” on Friday evening with two other women at the bar, according to the statement.

Three security guards tried to intervene to stop the fight but the woman allegedly bit them and kicked them in the testicles.

Three police officers who were subsequently called to intervene were also assaulted when they tried to immobilize her and handcuff her. Local publication republica.online reported that she may been under the influence of drugs.

The officers called for reinforcements and the suspect kicked a fourth police officer, after she was escorted to the local police station.

The woman then kicked one police officer in the stomach and kicked another in the shins at the police station, the statement said.

Police tried to get the woman into an ambulance, and she continued to assault various police officers.

The woman allegedly cursed the police officers and others, used foul language and spat at them.

She is under arrest for 30 days and faces assault charges.