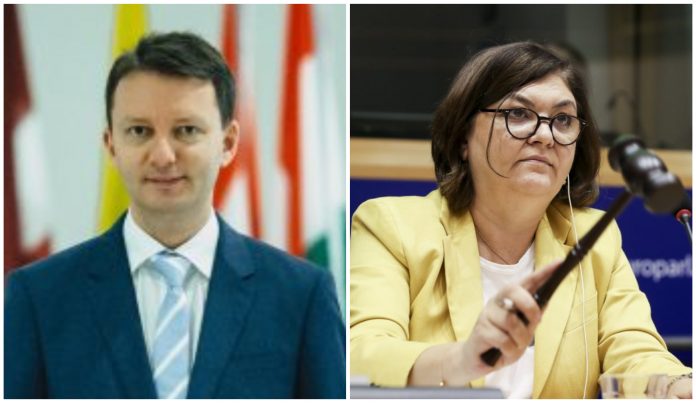 The picks are Siegfried Muresan, an outspoken critic of the former government’s contentious judicial overhaul and Adina Valean, a veteran member of the European Parliament.

The unusual proposal came after reports from Brussels that the Social Democrats, irritated at losing influence in the commission after the Social Democrat government was toppled in Bucharest last month, indicated they would vote against Muresan, for reasons of gender.

The incoming president of the European Commission Ursula von der Leyen has asked Bucharest to put forward a woman for the job to ensure a gender balance in the commission, media reported in Bucharest.

Both Muresan and Valean are considered competent lawmakers with good language skills, but neither has served as a minister something which is considered desirable for a European Commissioner.

Muresan, 38, has been a European lawmaker since 2014. He’s vice chair of the European People’s Party group.

Before her ouster on Oct. 10 in a no-confidence vote, ex-Prime Minister Viorica Dancila proposed three candidates including her ally Rovana Plumb, but the nomination was rejected over integrity issues. The other two picks were also rejected.

The dismissal of Dancila’s government sparked political turmoil which also delayed the set-up of the new European Commission.