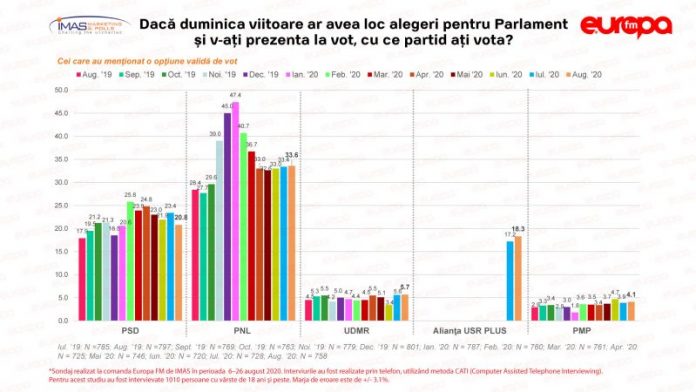 The poll carried out by the by the Institute of Marketing and Opinion Polls (IMAS) put the Liberals who head a minority government in the lead with 33.6%.

But the main takeaway from the August poll, was the poor showing of the Social Democrats, Romania’s biggest party, which dropped three points from 23.4% in July to 20.8%. In recent months they have polled between 23 and 25%. Their worst score was in January when they has 20.6%

A centrist group USR Plus was in third place with 18.3%, a percentage point more than July, the poll said.

The poll indicates general public support for the Liberals’ handling of the health crisis amid challenges from the Social Democrats and their allies who have criticized the government, without offering clear alternatives and have called for restrictions to be lifted, even as cases have sharply risen.

Romania has reported a total of 87,540 coronavirus cases and has had more deaths per 100,000 people than anywhere else in the European Union in recent weeks.

Earlier this summer, the Social Democrats tapped into people’s frustrations with the crisis and a belief by some that the virus doesn’t exist or is exaggerated. But as cases have risen,

The Pro-Romania party of former Prime Minister Victor Ponta, who used to be chairman of the Social Democratic Party, polled 10.6%, up from the previous month.

The Union of Democratic Hungarians in Romania, a traditional ally of the Social Democrats had 5.7%.

Two other parties which are currently in Parliament got 4.1% or less. 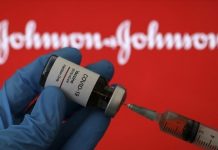 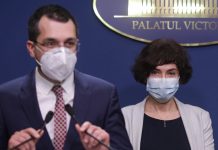