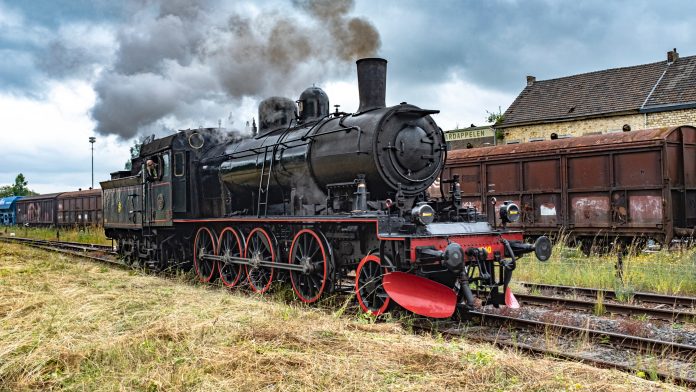 The first Romanian train ran on time. It departed Bucharest and went to the Danube port of Giurgiu where passengers could travel on to Vienna by ship. Later, the train transported troops during the War of Independence.

The 150th anniversary of Romania’s first train ride on Thursday should be cause for celebration.

Instead people are reminded of the dilapidated state of Romania’s state railways. Incredibly, the journey from Bucharest to Giurgiu takes longer now than it did in 1869 after rain caused the collapse of a railway bridge in 2005 and trains were re-routed.

In those days, the average speed was 30 kph on the 64-kilometer route. A quick look at the CFR timetable shows the quickest journeyis 2 hours 51 minutes, while the ride can take 5 hours and 32 minutes (due to a three-hour stop in Videle.). The railway bridge may be repaired by next year, shortening the journey.

German-born King Carol I (then Prince Carol) oversaw the building of the railroad. He began his journey from Germany on the train but arrived in Romania on a boat in 1866 as there was no railroad yet in the country.

After deliberations about where to build the first line and fierce opposition to the plan, a train left Bucharest’s Gara Filaret on Oct. 31, 1869 to Giurgiu.

Authorities initially took into consideration three routes from the Romanian principalities of Wallachia and Moldova (this was before Romania became a modern-day nation state) from Bucharest to Braila, Galati or Giurgiu.

Giurgiu was chosen as it was the shortest and easiest to build and there was only one river to cross, the Arges. British company J. T. Barkley built the line between 1866 and 1869.

But local landowners opposed the project afraid that the line would cut through their vineyards. Hundreds of people in  Giurgiu were also against it. The mayor sent a petition to the government asking for the station to be built outside the town, while horse-drawn carriage owners were afraid they’d lose custom with clients opting for the train rather than a carriage to reach the port.

Some 150 years later, there is similar opposition to a railroad from Bucharest to the airport. Bucharest is one of the only EU countries which doesn’t have a rail link or subway from the city to the airport. Businessman Ion Tiriac wants to halt a major rail line to the capital’s airport which he says will hurt his investments, which include an ice rink.

Back in 1869, opposition to the ‘Iron Road’ was overcome and the train took passengers to the Danube where they could catch a boat to take them West along the river.

The railroad was used for transporting troops during the War of Independence 1877-1878 and from 1872 it was connected to the rest of the country, from Bucharest to Moldova.