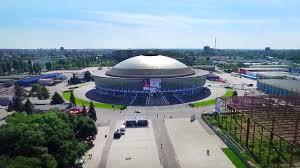 Romania’s top court has given the green light to recently-adopted legislation clearing the way for a large swathe of prime public land in the capital, Bucharest, to be handed over, free of charge, to a private entity for commercial development.

The Constitutional Court ruled that the legislation passed in September 2020 was legal, and rejected a challenge from the Save Romanian Union and the party that represents ethnic Hungarians, which are both in the ruling coalition.

Industry experts say the planned development is the most ambitious real estate project in Romania since communism ended in 1989 and will change the face of the capital of two million.

The Chamber of Commerce and Industry of Romania, CCIR, which is behind the project wants to build “the largest lifestyle center in Europe,” “the largest aqua park in the country” and the “largest parking lot in Romania,” as well as office buildings and commercial space, on 40 hectares in the north of Bucharest.

Local media reported there will be 14 towers of up to 42 floors each around the current Romexpo exhibition and conference center in an investment amounting to three billion euros which will create 30,000 jobs, CCIR reported.

The USR PLUS, the third largest bloc in parliament, and the Democratic Union of Hungarians in Romania, UDMR, last year appealed to the Constitutional Court to overturn the amendment saying it was unfair and there had been no impact assessment.

Business and industry bodies have also voiced concern, saying the Chamber of Commerce and the developers it has already selected are unfairly benefiting from preferential treatment by the state.

However, with 178 votes in favor, the 329-seat lower chamber of parliament endorsed the legislation on September 2.

The Chamber of Commerce has defended its right to receive the property deeds for free, arguing that it has been managing the “Romexpo land” in north Bucharest since 1972.

It also cites communist-era legislation which says it is “the only institution in Romania to host fairs and exhibitions since 1961.

The legislation passed by Parliament gives the Chamber of Commerce use of the land for 49 years. It can’t sell or mortgage the land in that time or change the activity carried out on the space.