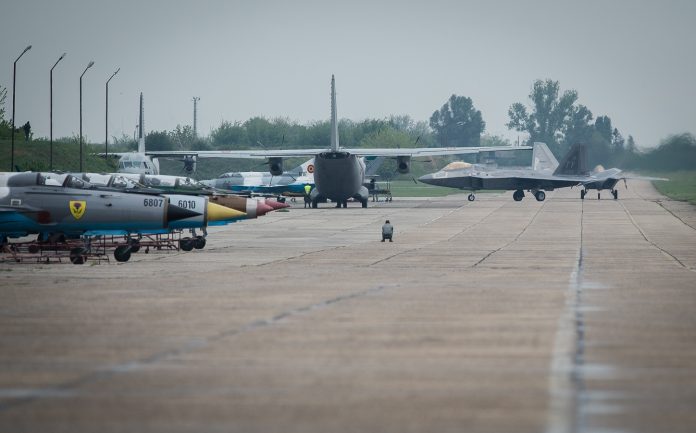 Russia’s defense ministry has warned countries including NATO member Romania against hosting Kyiv’s military aircraft, saying they could end up being involved in an armed conflict.

Defense ministry spokesman Igor Konashenkov said in a video briefing that some Ukrainian combat planes had redeployed to Romania and other Ukraine neighbors that he did not identify.

He warned that if those warplanes attacked the Russian forces from the territory of those nations, it ‘could be considered as those countries’ engagement in the military conflict’.

Mr Konashenkov said: ‘We know for sure that Ukrainian combat aircraft have flown to Romania and other neighboring countries.

‘The use of the airfield network of these countries for basing Ukrainian military aviation with the subsequent use of force against Russia’s army can be regarded as the involvement of these states in an armed conflict,” he said Sunday in Moscow.

The spokesman also claimed that ‘practically all’ Ukraine’s combat-ready aircraft had been destroyed.

His comments come as U.S. Secretary of State Antony Blinken said today that plans for Poland to send fighter jets to Ukraine had been given the ‘green light’.

He told CBS’s Face the Nation host Margaret Brennan: that the U.S was working with Poland to orchestrate a deal that would allow Polish fighter jets to be flown by pilots from the Ukrainian Air Force in order to combat Russia’s air superiority.

The deal would see Ukraine take Poland’s 28 Russian-made MiG-29 warplanes, which would in turn be replaced by a fresh set of F-16’s by the United States.

Ukraine fears attack from the air may soon be the go-to choice of tactics by Russia after their ground offensive appears to be making far slower progress than the  Kremlin had anticipated.

There are a number of practical questions, including how the planes could actually be transferred from Poland to Ukraine.

Romanian-born Nuremberg Trials prosecutor: Putin should be ‘behind bars’