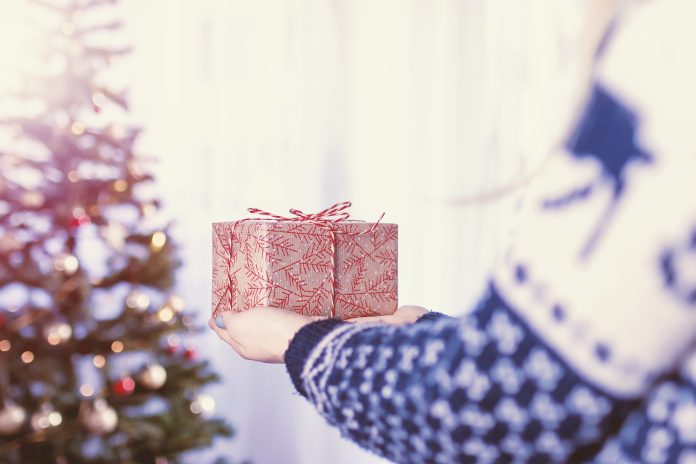 Christmas has arrived early for residents of  several Saxon villages of Bunesti in the heart of Transylvania, a welcome gift in a tough year for the economically deprived region.

German charity, Die Johanniter Foundation teamed up with the Michael and Veronica Schmidt Foundation for the fourth year to hand out sacks of goodies to residents in the old Saxon villages of Bunesti, Viscri, Roades, Mesendorf and Crit which lie between between the city of Brasov and the medieval town of Sighisoara.

Some of the presents were for local children, while there were 1,300 parcels for their parents.

In the village of Crit, in the Oat Country region of Transylvania, mask-wearing children opened their presents in the guest house that is next to the village church where they go for “afterschool.”

The presents were donated by the two foundations which are linked to the communities. Michael Schmidt, the largest BMW dealer in the region and the single Rolls Royce dealer, grew up there and is involved in cultural and charitable events in the wider community.

Ionel Munteanu, the vicar in Bunesti said “There are families here who can’t afford to celebrate the holidays. Many don’t have job, have no way of earning an honest living, so if the community can help them, from kind people, people with a big heart, it is most welcome.”

Mariana Nicolae, the communication director at the MV Schmidt Foundation said “It’s not just a humanitirian message from us, but it’s a way of supporting the community here and understanding that even in these hard times, they receive these gifts, as symbol of our support and friendship we feel for them.”

The Christmas gifts from the foundation have become a tradition in the local community of 600 people.

Olga Spataru, who’s a teacher at the Crit primary school said: “It’s important that the project which is run by Mrs. Veronica Schmidt, through the foundation which supports students in the German section of the Lucian Blaga University in Sibiu, who go on to teach in German-speaking schools.”

The M. V. Schmidt Foundation was established in 2010 by Michael Schmidt, who comes from the German-speaking village of Crit, or Kreuzdorf as it’s called in German.

Its mission is to support educational and humanitarian projects to preserve the Saxon culture in Tranyslvania, a region in northwest Romania which was part of the Austro-Hungarian empire until 1918.

The Johanniter Christmas truck project, is a German humanitarian initiative, set up 27 years ago which transports foods and gifts to Eastern Europe. Companies, schools, donors, associations, and volunteers from Germany take part.

Every year it sends about 30 trucks to Romania, Bulgaria, Bosnia, Albania, and Ukraine