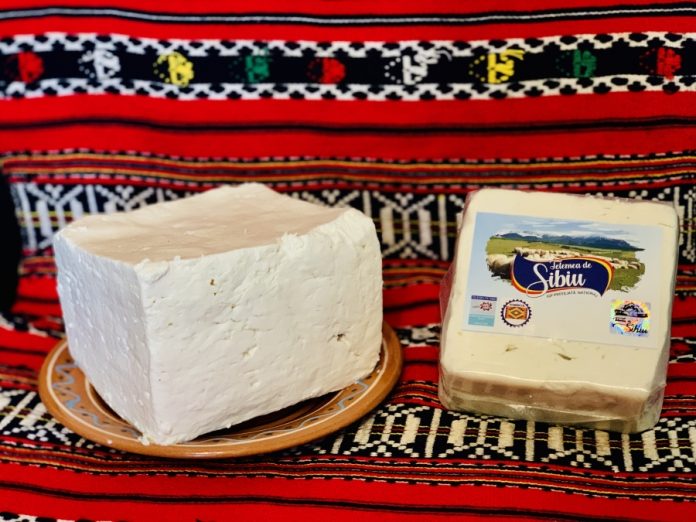 Romania has persuaded the EU to grant special status to one of its tastiest cheeses, Sibiu telemea, which becomes the country’s seventh top-quality food product to get European recognition.

The agriculture ministry on Wednesday described the product as a semi-hard white cheese made from freshly squeezed sheep milk. It’s sold both fresh and matured for a minimum of 21 days and retails for about 35 lei or 7.4 euros a kilogram.

Milk used for making the cheese comes from sheep that live in pastures in a specially designated geographic area near Sibiu, in Transylvania.

“It leaves an intense and pleasant taste, discreetly sour, salty, which leaves an unctuous sensation,” the ministry said.

The first Romanian product to win special status was the Topoloveni plum jam which acquired the status of Protected Geographical Indication in the EU in 2011 followed by the dry sausage called “Sibiu Salami”  in 2016.

The development means that producers of the product can apply for European funds to promote it abroad.

Sibiu Salami, which is made of dry, sausage-like meat covered with a thin layer of mold, was first produced in Transylvania in the late 19th century and is one of the best-known Romanian products.

It was seen as a delicacy in Communist times, especially when food began to be rationed during the early 1980s.

The cheese is now recognised as a traditionally manufactured food brand produced in a limited geographic area.

The specialty cheese is obtained only from cows raised in a few villages in Mures County, where the manufacturing process has been handed down from generation to generation. The cheese is salted from salted water from certain wells in the region.

Romania is also hoping to gain EU recognition for Kurtos Kalacs, a popular pastry specific to the Hungarian-speaking Szeklerland region.

Other products which have gained European recognition are the bighead carp from the Barsei region of Transylvania in 2017, Smoked Danube Mackerel in 2018 and Plescoi sausages in 2019.