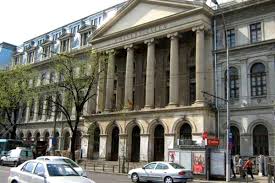 The European Commission on Thursday announced the name of European universities which will be part of the ‘European Universities’ initiative and seven Romanian higher education institutions are on the list.

The Commission unveiled the additional 24 European Universities that will join the first 17 alliances of higher education institutions selected already in 2019.

Each alliance will receive 5 million euros in the coming three years to start implementing their plans and pave the way for other higher education institutions across the EU to follow.

The initiative is designed to significantly strengthen mobility of students and staff, and foster the quality, inclusiveness and competitiveness of European higher education.

„I want these universities to be an example of good practise for all the academic environment in Romania,” Anisie said. “We will continue to fund the universities to fulfil their objectives within the framework of European universities.”

Margaritis Schinas, vice president for Promoting the European Way of Life on Thursday said: “The Commission is today strongly responding to the call of students for more freedom to study across Europe, from teachers and researchers to better pool knowledge, and from higher education institutions to pool resources.”

“With 41 European Universities, involving 280 institutions and backed up by 287 million euros from the EU budget, the European Education Area becomes a tangible reality for many.”

Selected from 62 applications, the 24 newly selected ‘European Universities’ involve 165 higher education institutions from 26 EU member states and other countries participating in the Erasmus+ program, such as Norway, Serbia and the UK.

European Universities, transnational alliances of higher education institutions from across the EU, share a long-term strategy and aim to promote European values and identity.