The European Commission has favorably approved Romania’s request regarding the adoption in emergency procedure of the temporary suspension of distribution of certain drugs outside of Romania, in the category of oral antibiotics and anti-pyretic medicines, reports RomaniaJournal.

The measure „is of a temporary nature – it will be applied for a period of three months, in the context of the current epidemiological situation (editor note: many case of influenza and other common colds) – and is intended to ensure the continuity of the availability of these medicines for Romanian patients”, the Ministry of Health has stated.

The measure does not affect the export of medicines manufactured by Romanian manufacturers, but only refers to the stoppage of the intra-Community distribution of medicines allocated to the Romanian market, the Ministry has also specified.

„In January 2023, the Romanian authorities notified the European Commission of the draft “Order regarding the approval of the List of antibiotics and antithermic drugs for oral administration whose distribution outside the territory of Romania is temporarily suspended for a period of 3 months and requested the adoption in the emergency procedure provided for in Article 6 paragraph (7) of Directive (EU) 2015/1535. After examining the draft order, the Commission considers that the request for adoption in emergency procedure is justified”, the European Commission announced.

The anti-pyretic medicines suspended from exports are Ibuprofenum and Paracetamolum.

Romania tries to solve its medical crisis with non-EU doctors 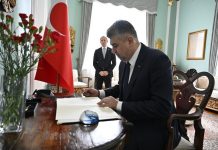 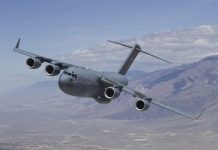