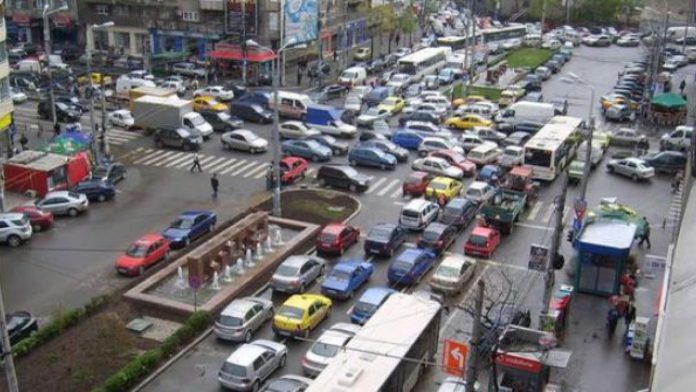 The mayor of Bucharest who is under fire over air pollution and traffic congestion has come out and admitted there is a problem.

Gabriela Firea, on Tuesday presented a report from the National Public Health Institute, which reviewed the situation from 2010-2017 and recommends solutions to fix the poor air quality which is partly caused by the heavy traffic.

Seeking to defend her record, the usually outspoken mayor was short on concrete proposals on how the subway network could be extended, or whether she would recommend shutting main roads when pollution was high, or introducing a toll for motorists driving into the center of Bucharest.

Until recent weeks, air quality and traffic congestion in the city of two million were not the top priorities for the mayor, who has been hit by reports of record levels of pollution.

But the pollution and traffic have now become main electoral issues and the former television journalist who is running for re-election, has been forced to respond to criticism and acknowledge public pressure.

Citing the report, Firea said there were 2 million cars on the capital’s roads every day. Some 1.6 million of those are registered in Bucharest, and 300,000 and 400,000 are motorists driving into the capital.

Firea, who became mayor in 2016, recently told Environment Minister Costel Alexe “to move out of Bucharest” if he thought it was too dirty She also tried to discredit a company that measures air quality.

The report advised authorities close the capital’s main arteries when air pollution is high and recommended the introduction of special bus lanes and bicycle lanes.

It also recommends motorists pay a toll to enter the city center, and said authorities should extend the city’s subway network, and upgrade the Bucharest ring road.

The mayor said the study had been carried out between 2010-2017, when environment ministry air measuring units recorded high levels of dust pollution.

Firea said that dust pollution levels had not been as high since. then. She also called for an international audit of air quality measuring units, after expressing doubts about data.

Firea defended her record, saying the city hall was working on implementing measures to ban heavily polluting cars from the center of Bucharest and introducing a tax on other cars in bid to reduce pollution and heavy traffic in the Romanian capital.

She said that the city hall had purchased 400 new buses, and 130 hybrid buses.