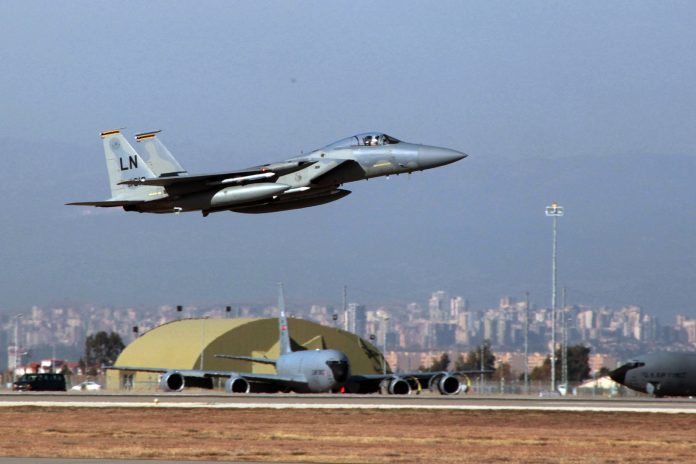 U.S. analyst Michael Rubin a senior fellow at the American Enterprise Institute, who specializes in Iran, Turkey, and the broader Middle East says Washington should close down its base with nuclear weapons in Turkey and relocate to Romania.

He called it “ironic” that the Biden administration wanted to hold on to Incirlik Air Base in Turkey. “America should have abandoned (it) a decade ago,” he wrote in an op-ed this month.

During the Cold War it was  “crucial” as Turkey was one of only two NATO states to border the Soviet Union.

In that period, the base supported U-2 surveillance flights, U.S. operations during the 1958 Lebanon crisis, the 1991 liberation of Kuwait, and, most recently, the fight against the Taliban.

But now it is “an obsolete base,” he wrote in Washington Examiner, a conservative news website.

It also hosts approximately 50 nuclear weapons which could be moved to the Mihail Kogalniceanu air base near the Black Sea port of Romania, he wrote.

The airbase in southeastern Romania was used by American troops as a transit base during the wars in Afghanistan and Iraq.

After Russia’s annexation of Crimea in 2014, the base has hosted rotating American and NATO troops. It is used for NATO air police missions in the Black Sea region.

Dr Rubin argued that the base had become “a strategic liability” in its current location. “Turkey is as much an enemy as an ally.”

Turkish President Recep Tayyip Erdogan claims he has no issue with the Taliban’s ideology. Despite being a member of the military bloc, the Turkish president is moving closer to Russia.

Erdogan has in his “18 years in power, he has reshaped the military in its entirety and indoctrinated more than 30 million Turkish schoolchildren.”

He added that the Turkish president may in the future view the American presence in Incirlik as “a hostage bonanza” along the lines of the 1979 Iran hostage crisis. He “often tries to redirect anger toward the Americans.”

Barring Romania, Greece could offer its recently expanded the Souda Bay Naval Base, he suggsted.

A former Pentagon official, Dr. Rubin has lived in post-revolution Iran, Yemen, and both pre- and postwar Iraq. He also spent time with the Taliban before 9/11.

Ex-commander of U.S. Army Europe says pullout of American troops from Europe could lead to Russian invasion of Romania, Baltics