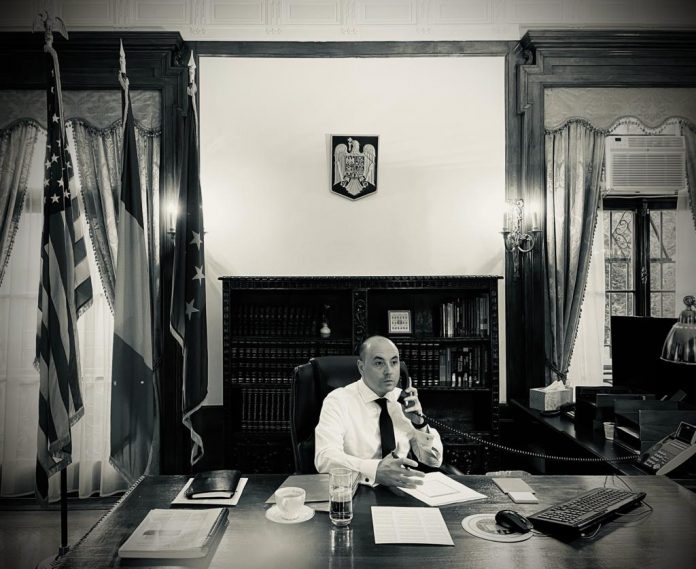 U.S. national security advisor Jake Sullivan has spoken with ambassadors from the Bucharest Nine (B9 ) including Romania’s new ambassador to the Washington, Andrei Muraru, the White House said.

The purpose of the call on Wednesday with the  group of NATO’s eastern flank allies was to consult on U.S. policies and activities of interest to the region.

Mr. Sullivan briefed the ambassadors on our approach  to energy security in Central Europe, including measures U.S. President Joe Biden’s Administration is taking with partners to address the risks of the Nord Stream 2 pipeline.

He also previewed the upcoming visit of President Volodymyr Zelenskyy of Ukraine, discussed shared concerns about Belarus, and provided an update on U.S. engagement with Russia.

Romania is one of the U.S.’s closest allies in the region.

Mr. Muraru said he underlined the importance of strengthening the eastern flank, and discouraging Russian activity in the Black Sea region.

The ambassador said that as the U.S. reassesses its global position, it would lead to “a consistent American military presence on the Eastern Flank, including in Romania.”

The B9 is an initiative launched by President Klaus Iohannis and Polish President Andrzej Duda.