Romania’s National Meteorological Administration (ANM) has issued a Code Yellow alert of strong wind, valid until Tuesday evening in 16 Romanian counties, as well as an advisory for moderate precipitation, wind and blizzard in the high mountain area, which will expire on Thursday evening.

According to the forecast, between January 16, 5.00 pm and January 17, 10.00 pm, in the Southern and Western Carpathians and locally in Banat, there will be a Code Yellow for strong wind in force, as the wind is expected to blow with 60 – 80 km per hour. At altitudes above 1,700 metres, gusts will exceed 100 km/h, and there will be also blizzards and visibility will be low.

At the same time, between January 16, 5.00 pm and January 19, 8.00 pm, a bad weather warning will be enforced in most of the country.  In the western half of the country it will rain, there will be mixed precipitation in the mountains, and at altitudes higher than 1,700 metres it will temporarily snow. The amounts of accumulated precipitation will exceed 20 – 25 l/sqm, and in the Western and Southern Carpathians on small areas even 50 l/sqm.

The wind will blow hard in the mountains and starting from the night of Tuesday to Wednesday (January 17/18), at high altitudes in the southern massifs, it will blow with speeds of over 100 – 110 km/h, shattering the snow.

Locally and temporarily, winds will intensify in the rest of the territory, with gusts generally of 55 – 65 km/h, especially in the western and southeastern areas. 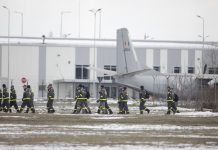 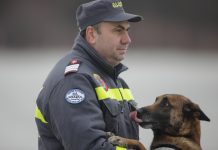 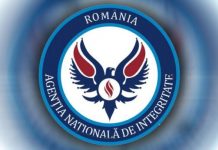