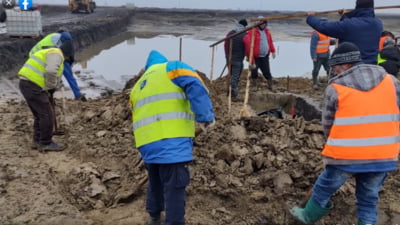 A treasure-laden tomb of a wealthy warrior and his horse from the fifth century A.D. has been unearthed by workers building a road in eastern Romania. At the time the region was controlled by a people known as the Huns,  Live Science reported.

The tomb is filled with about 100 artifacts, including weapons, gold-covered objects and pieces of gold jewelry inlaid with gemstones, Silviu Ene of the Vasile Pârvan Institute of Archeology said in a post on Facebook.

Ene is the lead archaeologist investigating the tomb, excavated late last year during the construction of a motorway near the town of Mizil.

„This tomb is of major importance because, in addition to the rich inventory, it was discovered at a site along with 900 other archaeological features — (such as) pits, dwellings, and tombs,” he said.

The identity of the Mizil warrior still isn’t known, but the rich grave objects suggest that he belonged to the ruling class in the region’s Hunnic period, or „migration era,” when it was controlled by the Huns, Ene and his colleagues told the news outlet Hungary Posts English.

The Huns were nomadic horsemen who originated in Central Asia and invaded eastern Europe during the fourth and fifth centuries, displacing other peoples — such as the Vandals and the Goths, forcing them to migrate west.

The Huns were a particular problem for the Byzantine or Eastern Roman Empire, which until that time had controlled much of the lands west of the Black Sea.

The Romans lost the region to the Huns, who went on to invade the Western Roman province of Gaul (modern France and western Germany) and even to attack Rome under their leader Attila the Hun, before losing their territory in Europe to a mixed force of Goths and other Germanic former vassals  in the 5th century.

The archaeological investigation is now about „half finished,” Ene said. Over the next few months, the bones and artifacts will be cleaned, investigated and put on public display, while the site of the tomb itself will be built over by the motorway project. 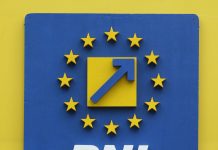 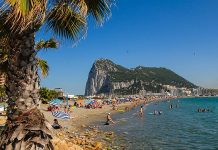 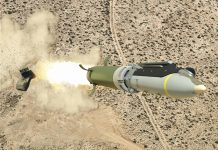