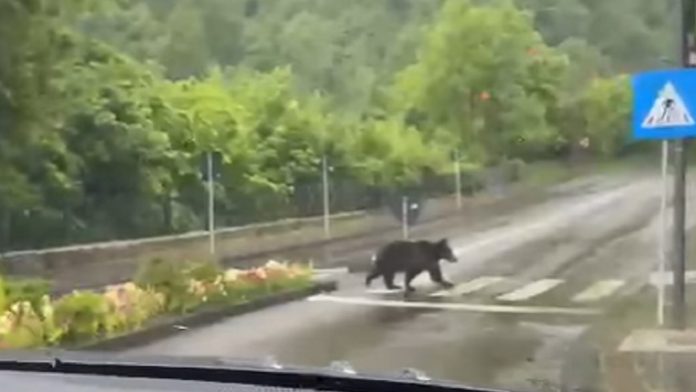 Bear sightings in Romania have become increasingly common in the last year. Images of bears leaving their natural habitat and strolling into villages and towns in search of food are no longer rare.

However, one motorist got quite a shock when a brown bear crossed a road in the mountain resort of Sinaia on a pedestrian crossing.

It was not clear whether the animal had become so familiar with the area and habits of locals that it crossed the road at the safest place or it was simply copying people.

The motorist posted a film on social media. He can be heard saying: “ This can’t be happening… in Sinaia, a bear crosses on a pedestrian crossing.”

Romania has an estimated 6,000 bears, the largest number of any country in Europe apart from Russia.

In 2016, bear hunting became illegal. Hunting is allowed in exceptional circumstances such as when the bear has attacked people or livestock.