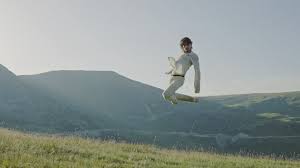 Russian ballet dancer Sergei Polunin has filmed „the Road to Eternity,” a short video in which he shares some of the spectacular scenery in Romania.

The video was filmed in July on the Transalpina, one of the highest roads in the Carpathian Mountains, on the edge of an old-growth oak forest in central Romania.

It was set to the music of Serbian artist Miroslav Bako.

The place was chosen specifically to emphasize the idea that nature is eternal and people should respect it.

„It was very special to dance in Romania, in the middle of nature. It was a unique experience for me, because I managed to connect on a spiritual level with everything around me „, he said.

The Russian ballet dancer was a special guest of this year’s edition of Transylvania International Film Festival (TIFF) in July.

He performed ‘Sergei Polunin Up, Close and Personal’ in July at Bánffy Castle in Bonțida.

He also met the public after a screening of Steven Cantor’s documentary Dancer at the Students’ Culture House in Cluj. The documentary looks at Polunin’s eventful life.

„I felt great during the filming and it was a great pleasure to work with Sergei Polunin, who is ….a perfect artist. He impresses with an explosion of movements and the way in which he adapts extremely quickly to the filming conditions, which were less than ideal „, said director Bogdan Daragiu.

The director has worked with artists such as Inna, Delia, Antonia and Carla’s Dreams.