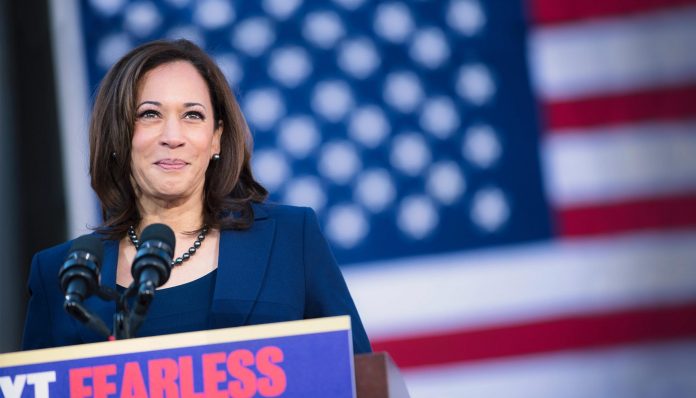 The White House is discussing sending U.S. Vice President Kamala Harris to Romania  in the coming  days to show solidarity with Ukraine as it faces an escalating Russian invasion, the Hill reported.

The discussions involve sending Ms  Harris to visit troops stationed in Romania and potentially to the border with Ukraine, where a refugee crisis has seen more than 1 million people flee that country since the Russian attack.

The trip could happen in the coming weeks, one source said, adding that there is no active dialogue about sending  President Joe Biden to the region, , sources familiar with the conversations told the Hill.

“A presidential visit is a heavier logistical lift,” the source said. “The vice president has a smaller footprint and is historically more nimble.”

A White House official said Harris has been “deeply involved in the administration’s engagement with allies and partners.” She spoke to Romania Prime Minister Nicolae Ciuca this week.

Harris recently returned from the Munich Security Conference. She has spoken to Poland’s prime minister and  other leaders from European allies to discuss the response to Russia’s invasion.

An official said those talks were meant “to underscore the strength and unity of our alliance.

The  potential trip to the region would reaffirm U.S. support.

The U.S. has sent nearly 3,000 additional troops to Poland and Romania in recent days as the invasion has expanded in Ukraine.

Secretary of State Antony Blinken on Thursday begins a six-day trip to Belgium, Poland, Moldova and the Baltic states to offer reassurances and help coordinate the ongoing international response to the attacks.