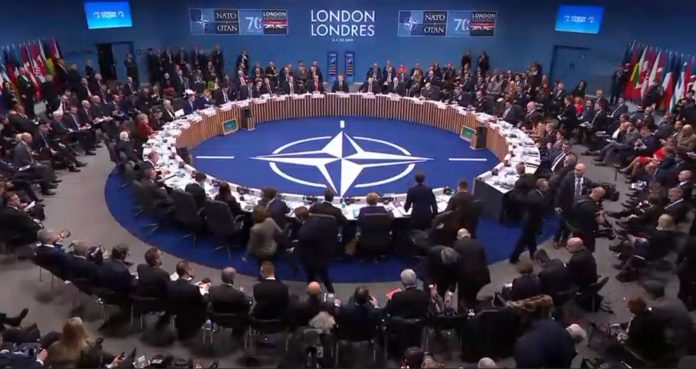 Amid discussions about the future and the relevance of NATO, one of its top officials says the alliance was a dream for millions who lived under communism, and urged future generations to stay true to its values of democracy and an open society.

In an emotional speech on the opening day of the NATO summit in London, Mircea Geoana, deputy secretary general, told an audience what it was like growing up in Romania under the regime of late dictator Nicolae Ceausescu.

As a young man, he would apply every summer for a visa to visit Western Europe, he said.

“You know every summer I got a postcard? It was in an indistinguishable color. I think it also had a bad smell. It was a postcard from the Securitate (secret police) saying your visa request has been approved…. negatively.”

“Year after year after year…. Romanians, Bulgarians, Poles, Baltic countries, Czechs, Slovaks and so many others (weren’t allowed) to do things that our Western friends and colleagues and now allies…  seemed to be the normal thing to do,” he told an audience.

Geoana was appointed deputy secretary general of NATO in July, the first person from the former Soviet bloc to hold the position.

The former foreign minister and ambassador to the U.S. said when he first came to the West to study he had an “intense provincial complex.”

He said former Czech dissident Vaclav Havel, who became Czech president, and Lech Walesa, the Solidarity union leader who became Polish president, made “the moral not only the strategic argument for why we should reunify Europe, why we should give back to the generations of Europeans who have been denied the blessing of freedom. “

It was “the divine right to choose your leaders, it was the right thing to do and NATO enlarged.”

French President Emmanuel Macron recently said that NATO was “brain dead” and said Europe needed its own army, remarks which caused alarm among some eastern members.

Without mentioning Macron by name, Geoana said: “So when someone comes to us and tells us choose between Europe and America, I say we cannot do that because Europe and north America are two sides of the same coin.”

“Don’t make us choose, because we always choose security because we have in our history and our geography from that part of Europe, a very narrow sense of survival,” he said without mentioning Russia or any other country directly by name.