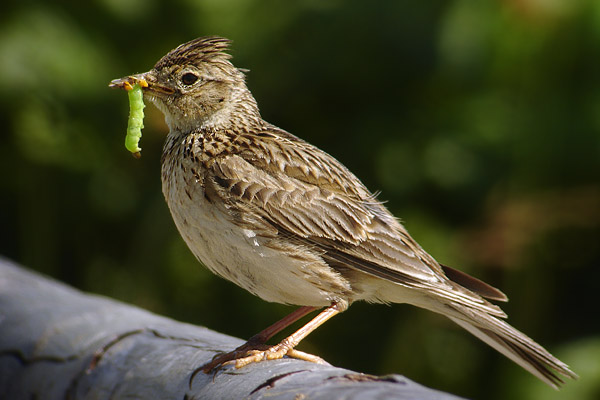 Musician George Enescu turned its song into one of Romania’s best-known melodies.

But the country’s numerous skylark population is not only sought for its voice.

In 1996, the government added it to a list of birds that could be hunted. Since then, the bird, considered a symbol of unrequited love in Romania, has become a target for foreign hunters.

Ten years later, as unfettered hunting saw a decrease in the lark population, the bird was listed as a protected species for one year, and in 2015, under pressure from conservationists and the ornithological society, hunting quotas were halved from 100 to 50 per day.

Every year police catch people trying to illegally smuggle the birds to Italy where they are considered a delicacy. Authorities have even intercepted vehicles in Slovenia and Croatia, en route to Italy.

In 2017, Italians were stopped at Milan’s Bergamo airport and authorities found their luggage stuffed with 1,200 birds that had been shot.  A truck carrying 3,000 larks from Romania was stopped in Italy that year.

That was when the Romanian Ornithological Society launched an anti-hunting campaign  ‘Let the larks sing!’  and pressed for more hunting restrictions.

On Friday, the Brasov Court of Appeal placed a hunting ban on skylarks and three other species of birds for the 2019-2020 season, following a lawsuit from the Alliance for Combating Abuses Association.

The association sued the water and forestry ministry for allowing a hunting quota of more than 430,000 larks this year. The court ruling which is immediately enforceable can be appealed.

The hunting quotas covered four species of migratory birds: the Eurasian skylark, the redwing, the greater scaup and the common goldeneye.

The ornithological society claims  the lark is used as a pretext by foreign hunters to shoot any kind of songbird.

It claimed that in other EU countries where lark hunting was allowed, such as Malta, France, Italy, Spain, Portugal and Cyprus, the lark populations were effectively wiped out.

“We are losing bio-diversity elements just for the gastronomical pleasures of some individuals willing to break the laws of the Romanian state.

“The Romanians listen to the lark, they do not shoot it. For us, the lark has a voice, not a taste,” the ornithological society said.