Romania’s opposition has significantly altered new measures the government proposed to enforce this week when it relaxes a state of emergency and introduces new rules to limit the spread of the coronavirus.

A two-month state of emergency ends on Friday and the government wanted it immediately replaced with a state of alert which eased rules, but maintained restrictions on people’s movements and banned mass gatherings.

But the minority Liberal government does not have enough votes to push through the law through Parliament.

Acting Senate speaker, Robert Cazanciuc proposed an amendment that would lift restrictions on people’s movements, and strip the government of powers to institute a lockdown or temporarily close borders to contain outbreaks.

Under the amendment, which was approved Tuesday by the Senate, outdoor concerts would be permitted, restaurants with outdoor terraces would re-open and people could move around without restrictions. The health ministry will lose its authority over some hospitals which are under the control of local authorities.

The Chamber of Deputies will vote on the law later Wednesday.

Social Democrat chairman Marcel Ciolacu said the government had failed to submit the legislation in time leading to several days without any restrictions.

Cazanciuc said the earliest the law that sets the framework for the state of alert can be activated is May 18.  He called the government “incompetent” for failing to submit legislation in time.

The changes come as Romanian authorities on Tuesday reported a total of 15,778 confirmed cases of coronavirus and 991 deaths.

On Tuesday, President Klaus Iohannis outlined the government-proposed measures under a state of alert, where there are less restrictions than under the current state of emergency.

Starting May 15, face coverings will become mandatory in enclosed public spaces during the state of alert, he said. People traveling outside the town where they live will need to fill out forms explaining the purpose of their travel.

Shops with direct access on to the street, hairdressers,  museums and dentists will reopen on Friday, Iohannis said, but malls, restaurants and bars will remain closed.

Church services will be permitted but only if they’re held outside and worshipers wear face coverings and keep a distance from each other.

The law is sufficiently flexible to allow people to travel freely in most conditions. 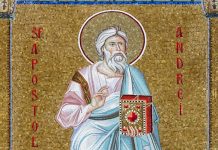 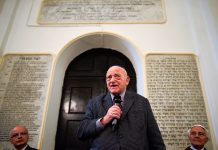 Romania’s Jewish leader who promoted tolerance, spoke out against discrimination to step down from public life 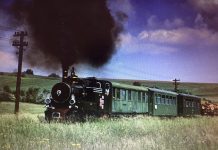