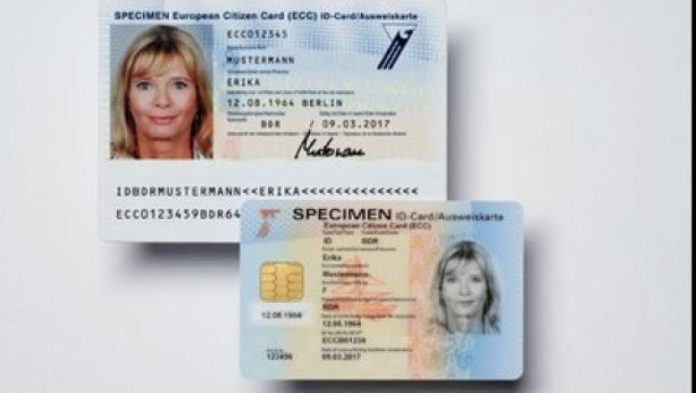 Changes that have recently been introduced to the Online Banking services in Romania, now require all users who download and install Mobile Banking applications to submit a copy of their identity card into an automated verification system.

In addition, users are required to take a selfie and record a video for voice verification during the process, which lasts for around 3-4 minutes.

However, the problem arises from the fact that the verification system is only programmed to recognise the Romanian ID card (buletin). Even ID cards, such as residency permits (permis de sedere) are not recognised by the verification process and the users are then locked-out of their mobile banking app.

This is the case for the Banca Transilvania app. Users are also being prompted to update their application, which may also trigger the verification process.

Banca Transilvania is one of Romania’s most popular banking service providers and especially popular in Cluj-Napoca and the surrounding counties. As such, this verification requirement will significantly impact thousands of users.

Once all of the steps have been completed, the application will try to verify user identity using its automated verification system, which in tests performed by clujxyz, took around 4 minutes to complete.

However, the identity failed to verify and the users are then instructed to reinstall the application and to start over, which leaves them locked out of their BT Pay application entirely, with no ability to check and approve transactions from their mobile devices.

As the BT Pay application is central to online transactions, including those made on websites for purchasing products and paying for bills and services, this effectively stops all foreigners who do not have the Romanian ID card (buletin) from using online banking services.

According to multiple sources, including management from a Banca Transilvania branch, these rules are expected to be enforced for all users of Online Banking services across Romania.

As most foreign visitors in Romania do not have Romania-issued ID cards, but instead were issued with the “Certificate de Inregistrare” paper certificate, with no photo-identification, it is not clear how anyone will be able to use this automated identification service.

A representative of Banca Transilvania has informed ClujXYZ that they will investigate this situation and provide further information on how foreign citizens will be able to continue using Online Banking services in Romania.

Unfortunately, situations where the government and other official bodies, build or enforce systems which are only geared towards Romanian Citizens is a very common issue in Romania. The Romanian ID Card is required for almost all services across the country, and service providers typically have to adapt their systems to accept other forms of identification, even official documents actually issued by the Romanian immigration services are typically met with confusion or not accepted in their systems, as the systems are typically build specifically for Romanian Citizens’ ID cards.