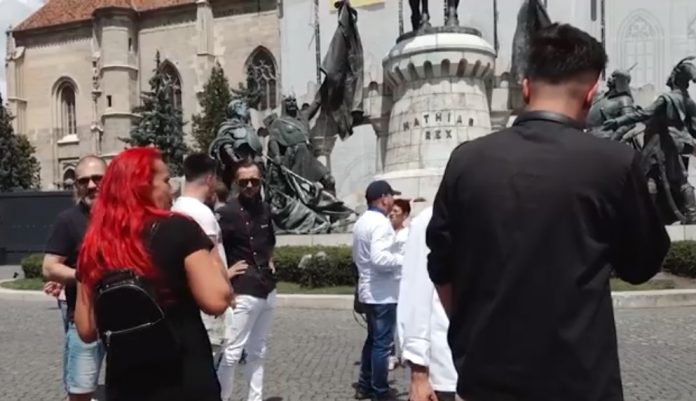 Dozens of chefs have protested Covid-19 lockdown restrictions saying that thousands of jobs are threatened by restaurant closures in the hard-hit sector.

Chefs staged the second protest in recent days on Saturday in the Transylvanian city of Cluj, urging the government to reopen restaurants which have been closed since mid-March when the pandemic swept across Europe.

Thousands of restaurants and hotels have closed or are operating under strict conditions for more than three months. Economists say the hospitality sector has dropped by a dramatic 75% since the pandemic began in March, the most severe decline in recent history.

Nine out of ten chefs in Romania earn the minimum wage and since they were furloughed, they have been receiving just 1,000 lei a month, Mediafax news agency reported.

Some restaurants have offered a takeaway or delivery service but business has only been a fraction of pre-pandemic levels.

The government allowed outdoor restaurants to reopen on June 1, provided there was a distance between tables and a maximum of four people at a table, Waiters are obliged to wear face masks.

„It’s a very tough time. To be honest, I’ve started to work in construction, anything really, just to earn something. People want to eat, and there’s nowhere for them to do that,” Ionut Tilinca, a chef was quoted by Mediafax as saying.

„It’s not normal. The betting shops have been open, and we are sitting doing nothing,” said another Cluj chef, Ciprian Spanioc.

Paul Siserman, the director of the National Association of Chefs and Pastry Chefs in Romania said 400,000 people were employed in the restaurant and catering sector.  “We risk a financial freeze and I don’t know whether we’ll ever get out of it,” he told Mediafax.

Romania’s gross domestic product has dropped by 14.6% in the last quarter, according to Levente Szasz an economist and pro-dean of the Faculty of Economics and Business Administration  Cluj.

The hospitality sector, which includes hotels, restaurants and clubs has been among the worst hit sectors.

Meanwhile, as coronavirus cases continued to rise in recent days, authorities carried out inspections at a number of establishments, handing out 171,000 lei of fines after checks on nine restaurants and clubs.

One restaurant was ordered to close for 10 days and deep clean the premises.