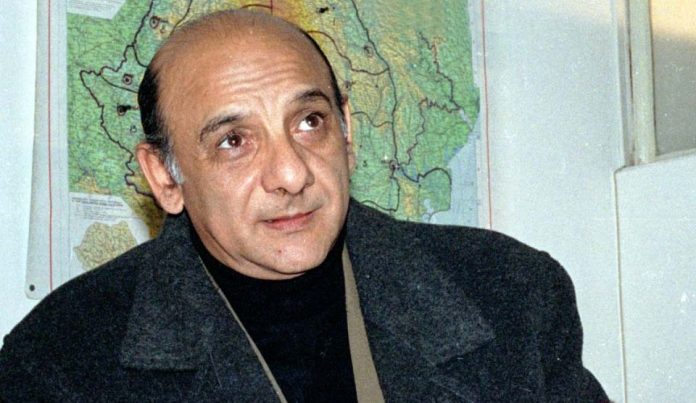 A Romanian bookkeeper who set up a pyramid scheme that defrauded at least 300,000 died two years ago, an acquaintance who took him in after he became homeless said.

Universul.net reported Friday that Ioan Stoica had been made homeless after being evicted from his rented apartment in the central city of Brasov for unpaid utility bills.

A report in Foia Transilvania was based on information that was two years old, the publication said. It later corrected its report to update with his death and the original article is no longer on its site.

Constantin Codreanu, a Brasov businessman who is now a priest spoke to the publication and BizBrasov to say that Mr. Stoica had died two years ago after he let him stay in his hotel.

“I took him in with my heart, I didn’t know him, he was a kind of homeless person,” he was quoted as saying. “He paid from time to time, but I let him stay as I felt sorry for him,” said Mr. Codreanu, who owned a couple of hotels and a transport company, Transbus.

“Two years ago, he died in the hotel,” he said. “Some relatives came and took him to bury him. I don’t know where he’s buried,” Mr. Codreanu, who’s now an Orthodox priest, added.

Universul.net reported on Friday hat Ioan Stoica set up a get-rich-quick investment fund  that tuned out to be a Ponzi-style pyramid scheme. It crashed less than two years after it began, leaving hundreds of thousands without their life savings.

Caritas was founded as a limited company in 1992 in Brasov with just 500 U.S. dollars start-up capital.

Two months later, it moved its headquarters to Cluj, the capital of the northwest Transylvania region.

It advertised itself a „mutual-aid game,” using the Latin word for ‘charity’ and promised an eight-fold return in six months to Romanians. Many were struggling to adapt to capitalism after decades of a centralized economy under communism were attracted by the scheme.

Initial investments were small, ranging from 10 dollars to 50 dollars. Later the fund demanded much higher investments as it gained publicity and more and more people invested.

It grew in size and fame as public figures, from television stars, the Cluj mayor, and at least one minister praised the scheme and said they’d invested. Reports claimed they were reimbursed earlier in exchange for their endorsement.

Authorities estimated millions of Romanians had invested at between 1 billion and 5 billion dollars according to economists. At least 300,000 were swindled out of their money.

Caritas began to run into trouble in the autumn of 1993, as doubts were spread about the viability of the fund, before finally collapsing in April 1994.

After it went bankrupt, Mr Stoica simply disappeared from public view. Rumors spread that he had fled the country to escape the wrath of thousands who had thrown all their money into the fraudulent scheme.

He was finally arrested in August 1994, when it was clear that there was no money left in the fund.

He was arrested in Cluj and escorted to Bucharest by police officers on a regular commercial flight.

A trial followed and he was sentenced to seven years in prison in 1995, which was subsequently reduced after he appealed. He was freed in June 1996.

Foia Transilvania reported that Mr. Stoica, 76 had been evicted from his flat with the help of police over non-payment of bills.  The report was in fact more than two years old.