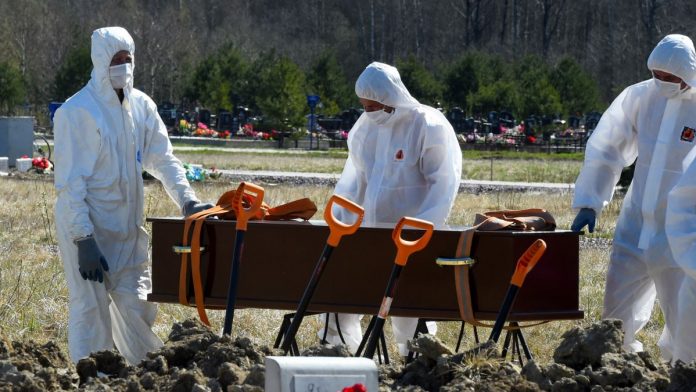 Funeral services and undertakers have raked in big profits this year due to the pandemic death toll and an increase in the services.

Funeral businesses expect a record turnover of more than half a billion lei so far this year, Frames reported, in a survey carried by Agerpres.

According to company records, funeral services had a turnover of about 63 million lei in 2010 which swelled to 330 million lei last year.

„The business has grown in recent years, and covers all aspects. Embalming, coffins, funeral homes, and cemeteries. There is a whole chain of options. When someone dies at the hospital or home, there is a representative of a firm who offers services. There is a credit option, of paying in installments without interest,” the statement said.

The National Institute for Statistics says most deaths, 163,000 were caused by heart attacks and strokes, followed by tumors which claimed almost 50,000 lives. Respiratory diseases including Covid-19 killed about 38,500 and digestive tract diseases claimed 15,300 lives.

As expected, most deaths were people aged over 80.

“According to finance ministry figures, profit rose by more than one-third in the pandemic, from 54.7 million lei 2019, to 86.8 million in 2020. Profit will rise to 100 million lei this year, 30 times more than it was a decade ago, Frames said in a statement.

Most funeral companies are in the main cities: Bucharest, Cluj, Iasi, Constanta, Brasov and Timisoara.

Funeral businesses will continue to expand with an ageing population and a growing number of sick people. Unhealthy habits such as self-medication, excessive alcohol consumption, sedentary lifestyle and an unhealthy diet also contribute to mortality rates.

Life after lockdown in Romania. No icon kissing, masks on the subway, and temperature checks at the barbers