The Czech Republic’s richest man Petr Kellner who had a media empire spanning five EU countries including Romania’s Pro-TV, was one of five people killed on a heli-skiing trip on Saturday when their chopper crashed near a glacier in Alaska, officials said. He was 56.

The Czech billionaire whose net worth has been estimated at $17.5 billion by Forbes, was aboard the Airbus AS350 B3 helicopter when it went down near Knik Glacier, the lodge that chartered the aircraft said on Sunday.

His investment company, PPF Group confirmed the death in a statement released Monday, saying that the crash was under investigation.

“His professional life was known for his incredible work ethic and creativity, but his private life belonged to his family,” the company said of Mr. Kellner, adding that the funeral would be held with only close family members.

Mr. Kellner made his first fortune in the 1990s after starting an investment fund, which he used to buy a controlling stake in the country’s largest insurance company.

In October, he acquired a major European broadcast network, Central European Media Enterprises, for $1.1 billion, raising concerns in the Czech Republic that the network might lose independence.

The deal gave him a media empire in five EU countries: the Czech Republic, Romania, Slovakia, Bulgaria, and Slovenia.

Its channels include rating market leaders ProTV in Romania and bTV in Bulgaria which reach an audience of 97 million people, according to U.S Republican Senator Marco Rubio who in February 2020 opposed the sale saying the company was a proxy for China and its “malign activities abroad.”

Broadband News reported the deal was worth $2.1 billion.

In a statement released at the time, he said the acquisition was driven by “a sense of responsibility” and vowed that the network would retain its objectivity.

The accident was the latest misadventure for an extreme sport with little margin for error that has become a magnet for thrill seekers. Flights to remote mountains, playgrounds of untouched powder, are known for their steep price tags and risk.

He was married with four children, according to his company’s website.

PPF Group has also donated millions of respirators and masks and thousands of coronavirus testing kits and swabs to help the Czech Republic in the pandemic, the Czech news media reported. 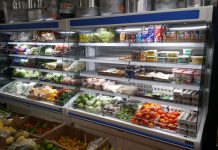 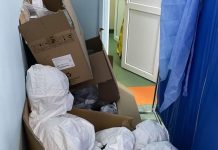