The dollar exceeded euro on Tuesday, according to the reference rate announced by the National Bank of Romania (BNR). BNR announced a reference rate of 4.8851 lei/euro, compared to 4.8853 lei on Monday.

„A depreciated euro level against the US dollar. I consider we can expect anything if the dollar grows over 1 euro or euro grows over 1.1, then we can discuss but this variation 1-1.1 we cannot prognosticate”, Isarescu said.

The latest BNR report on inflation reads: „The more appreciated euro level against the US dollar (higher exposure of the euro zone to the war between Russia and Ukraine, a process of monetary policy normalization more alert in the case of Fed compared to BCE)”.

Experts identify two main reasons why the euro has lost value, one being the soaring inflation in the euro area (EA), Sushanta Mallick, professor of international finance at Queen Mary University of London, reported to Al Jazeera.

„This rising trend is on the back of higher energy prices due to the Russia-Ukraine conflict”, he added.

Of course, the US economy has been far less affected by the Ukraine war than Europe, which has thus far remained “somewhat immune to the volatility in oil and gas markets, given their oil reserve and use of alternative sources of energy, explaining why US dollar is appreciating relative to euro”, Mallick said.

Moreover, in contrast to Europe, US interest rates have been rising for several months, which makes investments in the US dollar area more attractive, according to Lucio Sarno, professor of finance at the University of Cambridge.

„The increasing interest rates in the US attract further investment in dollar assets, and this is in addition to the strong demand for dollar driven by its safe haven status at times of war”, Lucio Sarno told Al Jazeera. 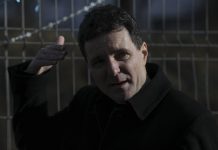 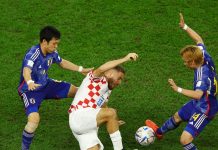