It should be deep winter, with snow, sleet and ice, but judging by the weather you’d say it’s summertime across Europe.

The Spanish cities of Valencia and Santander recorded 28C on Monday, while across the border in the Italian city of Torino, it was 27C. In the French Atlantic coastal city of Biarritz, it was 27C on Monday.

As the temperatures suggest, Europe is on course to have one of its mildest winters on record after a warm December was followed with an even warmer January.

Cooler weather is expected by the end of this week before temperatures gradually begin to rise next week.

Romania’s National Meteorological Administration said it was a record 20C in the southern Romanian towns of Zimnicea and Turnu Magurele on Monday. Over the weekend, it was 19C in Mangalia on the Black Sea coast and 20C in the town of Targoviste and in Calafat, near the Danube.

Even colder countries are experiencing a relative heatwave. It was 11 C in the Ukrainian capital Kiev this weekend, and on Sunday in the Norwegian town of Sunndalsora it was 19C, a massive 25 degrees warmer than normal.

Moldova reported temperatures of 5-6 C higher than usual for the last 10 days of January, while meteorologists said for the last two weeks, it was often warmer than 10 C across Romania.

Overall, January 2020 was 1.4 C higher than the monthly average between 1981-2010. December 2019 was the driest month in the last 60 years, Romania’s chief climatologist Roxana Bojariu told Hotnews, adding that records for warm weather are continuously being set.

Cooler weather is on the way. In the capital, temperatures will dip on Wednesday and snow is forecast for Thursday. It could fall to a wintry -10C overnight Friday. The wind will intensify to 55-60 kilometers an hour at the end of the week.

It’s slightly cooler, but not what  could be described as a real winter in the city of Miercurea Ciuc, the coldest place in Romania. It’s 7C on Tuesday and raining, and the rest of the week it will around freezing point, with flurries of snow. 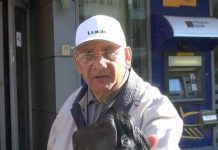 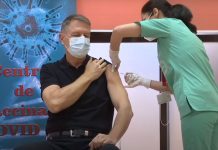 President gets ‘painless’ Covid jab, appeals to Romanians to get inoculated. ‘It’s safe and effective’ 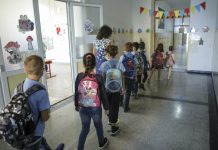 Most public schools in Romania will reopen in February except in Covid hotspots, president says