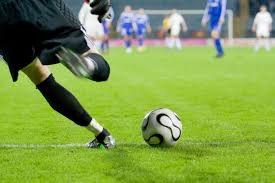 Three former Romanian Football Federation officials have been sent to trial on suspicion of siphoning off 740,000 euros from the federation from a building project, prosecutors said Tuesday.

G4media and stirpesurse.ro reported one of the suspects was Mircea Sandu, the ex-federation chairman nicknamed “the godfather” and one of the best-known figures in Romanian football of the past decades. There was no immediate comment from Mr. Sandu.

Prosecutors said that from 2009 to 2010, three unnamed officials established a crime ring with the aim of stealing the sum of 3.9 million lei via a series of contracts that facilitated the building of a new football center in Buftea, just outside Bucharest.

Prosecutors said they created  a “fictitious circuit” where they signed contracts with companies that were actually controlled by the three of them.

In this way, they transferred money to themselves. Some of the money was disguised as ‘dividends’ or booked as ‘returning loans.’

Mr. Sandu, 67, a former footballer, was elected chairman of the federation in 1990, right after the anti-communist revolution and hold the post until 2014. He is the longest-standing chairman in the federation history.

Prosecutors began to investigate the case because the base, which was built from 2009 to 20111 and cost 3.5 million euros was considered to be unjustifiably expensive, raising questions..

The case has been sent for trial to the Bucharest Court.