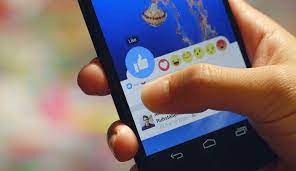 It’s the go-to messaging app for many people in Romania and around the world, but it appears that Facebook Messenger has crashed Thursday.

According to DownDetector, the issue with Facebook Messenger started at around 14:48 GMT (16:48 p.m Bucharest time) and issues with Facebook began shortly afterwards and are affecting users across the world.

Romanians took to Facebook to complain, while some made jokes, comparing the outage to the communist era when power cuts were common and there was only two hours of television a night.

Some said the outage came as a punishment a day after Facebook suspended populist Senator Diana Sosoaca for one month from the social media platform. There were 9.8 million Facebook users in Romania two years ago, but it’s not clear how many there are now.

The outage however affected users all over the world. There were complaints (but fewer jokes) from users in the U.S., Canada, Peru, France, the UK, Bulgaria, Switzerland, Hungary, Serbia, Argentina, Lithuania, Latvia, Greece, Georgia, Tunisia and Lebanon, Downdetector reported.

While the reason for the outage remains unclear, of those who reported issues, most said they were having issues receiving messages, while others were struggling to log in.

Facebook is yet to comment on the outage, although many frustrated users have taken to Twitter and elsewhere to complain. There were also problems with WhatsApp and Instagram which are both owned by Facecbook.

The main issue appears to be with Facebook Messenger, which has been reported over 4,000 times.