Romania’s Writers’ Union has expelled a writer turned politician for saying women can’t be smart and calling Roma a “scourge of society.”

Sorin Lavric became a household name after the ultra-conservative party that he leads came from nowhere to win 9% in Romanian parliamentary elections.

But the sudden scrutiny also meant some of his little-known writings came to light. In a book published in 2019 called „Boiling down Women,” he called Roma “a social scourge” and said men are not looking for “intelligence, depth or lucidity” in women.

„I don’t admire the fair sex,” he wrote. “Admiration comes from superiority. You admire someone you think is above you. A woman can be desired but in no way admired.”

The Writers’ Union said Tuesday it was expelling Sorin Lavric for his “discriminatory” and “racist” remarks.

Few had heard of the Alliance for Romanian Unity until Sunday evening when it came from obscurity to take fourth place in the elections.

Mr. Lavric won a seat as Senator for the far-right group that proclaims to stand for ‘family, nation, faith, and freedom.’

“Romanians are fed up with theft, lies and a lack of attachment to national values,” said 34-year-old founder, George Simion on Sunday after the vote. „We are a Christian party, a nationalist, patriotic party.”

The unexpected emergence of AUR, an acronym for ‘gold’ in Romanian ultimately overshadowed an election marked by a historically low turnout of 32% due to disenchantment with mainstream parties and concerns about the coronavirus pandemic.

The party ran a targeted, strategic online campaign and did well in some expat communities and in parts of western Romania.

The party said it would have 46 lawmakers in the two Chamber Parliament. 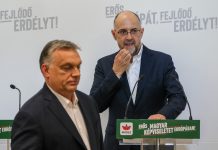 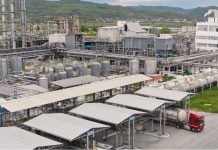 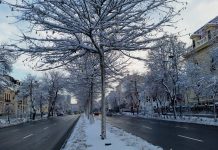 Romanians encouraged to brace themselves for a difficult winter