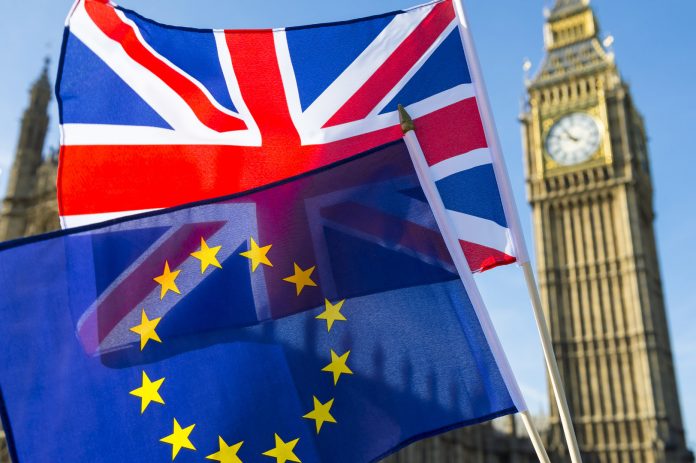 I woke at just before 3am, reached for my phone and clicked on the Guardian and the Daily Mail websites. Something was afoot: the papers, which are from different ends of the political spectrum, were telling the same story. An upset of momentous proportions was on the horizon. Britain looked as if it was about to vote to leave the European Union. I went downstairs and tuned in to the BBC. Veteran broadcaster David Dimbleby was hosting the all-night program. Cool, calm and authoritative.

As dawn was breaking about 1,800 miles away in Kent where I grew up, Dimbleby declared to Britain and the world. “The British people have spoken, and we’re out.” It was 4.40 am in Britain and promising to be a sunny day in Bucharest. Nigel Farage, a British politician who has dedicated his life to fighting the EU, called it “Independence Day for Britain.” I admit I cried.

For a decision of such historic importance, the result was close: 52% to 48%. The country was quite literally split down the middle. Hundreds of thousands marched for a second referendum, there was understandable anger from Brexiters, and all around a lot of confusion and bitterness. Almost four years later, we’re out, or we will be.

TIME FOR A DEMOCRACY REFRESH?

Across the board, there has been irritation, discontent and incomprehension about why Parliament hasn’t been able to implement what seemed to be a simple question in the referendum. I have often wondered why politicians seemed incapable of coming up with a cross-party deal that would benefit most people. Where is British pragmatism and common sense or politics, as the art of the next best thing (Otto von Bismark)? European countries would have cobbled something together; it’s how politics is done on the continent. Britain voted out, but it’s complicated. It’s also clear that many in the UK don’t understand the European Union.

I have never voted in any election, except one by-election (local election) when I was 20, and I wanted to vote in the referendum. But since I had been abroad for more than 15 years, I had lost the right to vote. As the vote directly affected my future as a British citizen living abroad, I didn’t think it was fair or particularly democratic. But as a journalist I don’t protest, and I don’t sign petitions.

For the 1.2 million people born in the UK who live in other EU countries, there is predictably greater support for the EU. We live in the EU and understand its role and benefits better. There are 308,000 Britons living in Spain, followed by 254,000 in Ireland. France is third with 185,000. Some 103,000 live in Germany, and 64,000 live in Italy according to UN figures from 2015. There are currently 2,701 living in Romania. There are 3.5 million EU citizens living in Britain, who face uncertainty, stress and a lot of bureaucracy.

Britain may be an established democracy, but I sometimes think it lacks the necessary flexibility that newer democratic states in Central and Eastern Europe have. They’ve been putting democracy into practice for the last 30 years, sometimes getting it wrong, sometimes getting it right. Democracy is alive and kicking and at work in Romania where I live. Democracy may be the established system in Britain, but sometimes I feel it needs to press the refresh button, listen to what people are saying, and overhaul some laws.

According to a famous story, a 1940s headline a British newspaper once read: ‘Fog in Channel, Continent Cut Off’. This is most likely an apocryphal legend, but it’s become a symbol of Britain’s individualism and sense of isolationism with regard to continental Europe, and with it the European Union.

In the June 23 referendum, Britain voted to become the first country in history to leave the EU. Among the reasons cited for Brexit, were a loss of national sovereignty and rising immigration that many said put a strain on the health service, the NHS.

Brexit was also part of a backlash against liberal values, followed by the election of Donald Trump and closer to home, Hungarian Prime Minister Viktor Orban,  with nationalist parties performing well elsewhere in the EU.

‘Euroskepticism,’ the suspicion and criticism of the EU has been intrinsic to British politics for decades. Winston Churchill gave an account of the relationship between Britain and the rest of Europe in a speech to the House of Commons in 1953.

„We have our own dream and our own task. We are with Europe, but not of it. We are linked but not combined. We are interested and associated but not absorbed.”

Britain attracts workers from Europe, Asia and farther afield and its economy relies on these migrant workers, but immigration has played a role in strengthening negative feelings towards the EU over the years. One feature of British skepticism about Europe is that it has largely been bipartisan, embraced by parts of Labor and Conservatives.

Conservative Prime Minister Harold Macmillan applied for EU membership back in 1961, and another Tory Prime Minister Edward Heath oversaw Britain’s accession to what was called the EEC more than a decade later.

Labour, however, viewed the European project with suspicion, as one created to benefit elite capitalists through free trade. Therefore, just two years after the accession, the Labour government led a referendum, the predecessor to the one in 2016, asking if the UK should stay in community. The result then was 67% of voters in favour of staying.

Labour Party leader Jeremy Corbyn is said to be pro-Brexit and ex-Tory Prime Minister Theresa May who failed to get Parliament to agree to a deal is said to be a Remainer at heart. It’s unclear what Boris Johnson’s views are, but his bid for prime minister was built on the man who would “get Brexit done.” He says the Brexit withdrawal agreement he signed on January 24 would “end years of argument and division” thus sealing his legacy as the British prime minister who took the country out of Europe.

If the European Parliament also gives the green light, the UK will formally leave the EU on 31 January with a withdrawal deal, followed by a transition period that is scheduled to end on 31 December 2020.

It will effectively remain in the EU’s customs union and single market, but outside the political institutions and there won’t be any British lawmakers in the European Parliament. If Britain and the EU fail to agree and ratify a trade deal by the end of the year, then we face the prospect of tariffs on exports to the EU.

But plenty of questions loom on the horizon, about pets, passports and plane travel. The answers depend on the outcome of forthcoming trade talks.

Most reasonable people will hope that having reached this stage, British pragmatism, can-do approach and common sense will now come to the fore. I hope that good will prevails on all sides to ensure as little disruption and damage to the economies of Britain and the remaining EU countries, thus protecting people’s lives and livelihoods.