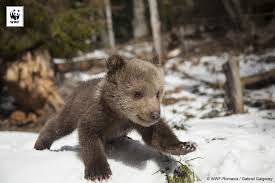 Four men face a criminal investigation after a video was posted of them making fun of baby bear cubs that had been dragged from their lair in a forested area in central Romania.

After the video was posted by an animal rights group, the National Environment Guard went to the forest in Harghita county but couldn’t find the cubs. Bad weather conditions are hampering the ongoing search, the environment ministry said Saturday.

Images show two men playing around with the tiny cubs believed to be 2-3 weeks old being played around with in the snow. They pick them up and make fun of them trying to determine their sex. The tiny creatures squeal, yelp and struggle, but are unable to do anything.

Police said that four men who are suspected of ‘brutalizing’ the cubs face criminal charges of up to one year in prison or a fine based on a law passed in 2007.

The area where the incident happened is a protected nature reserve.

If rescue workers manage to find the bears they will be placed in temporary custody in a rehabilitation center in the area, the ministry said.

The law punishes any form of capture or killing of animals in the areas, interfering or destroying their habitat, or disrupting them during the reproduction, hibernation or migration  season.

The video was posted on Patrocle’s House-Animal rescue on Facebook.

A police spokesman said the four men aged between 35 and 51 had been identified and lived in the neighboring Neamt county.

“Four individuals who are in a forested areas take out the cuns and mishandle them brutally  to see what sex they have. Instead of calling the emergency number or informing the Wood Protection agency or at least reacting like normal people, they find this amusing showing how limited their minds and hearts are. The fate of the bear cubs is unknown,” the association said.

The incident happened in a private forested area near the town of Gheorgheni, Digi24 reported.

Romania is home to around 6,000 brown bears, more than any other country in Europe apart from Russia. Most of them live in the Carpathian Mountains. 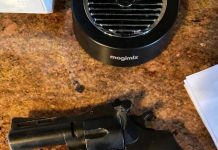 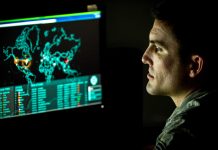