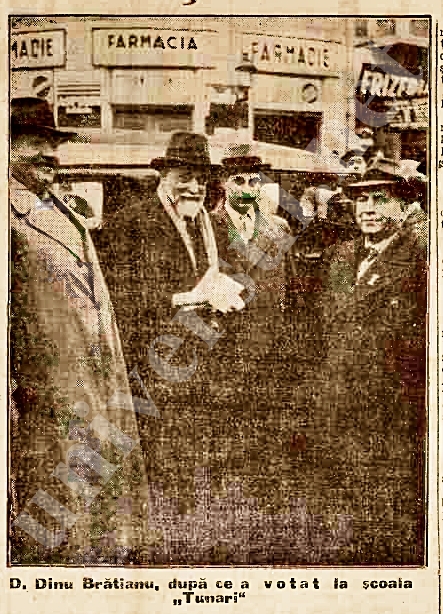 Romania’s center-right Liberal Party is celebrating 147 years since it was created, remembering how it helped create an independent Romania in the mid-19th century until the current day where it still plays a key role in Romania’s political life.

The party most recently came to power during the pandemic and currently heads a broad coalition as Europe grapples with an energy crisis and the war in neighboring Ukraine.

The weeklong events which are being held in the city of Iasi aim to showcase the history of one of Romania’s oldest parties, banned during almost 50 years of communism. The event will also promote the idea of liberalism as an economic model and an ideology that underpins democracy.

More than 600,000 Romanians were sentenced for political crimes between 1945 and 1989, according to a 2006 presidential commission established to study the communist dictatorship. Thousands, including Liberals, died from beatings, illness, exhaustion, cold, or lack of food or medicine.

After communism ended in 1989, the party underwent a revival and has been in succesive governments ever since. It’s the second-largest political group after the Social Democracy Party. Romania’s President Klaus Iohannis used to chairman of the Liberals.

Iasi which is located in northeast Romania is associated with liberalism in the pre-communist period.

An exhibition called “The Bratianu Dynasy and the birth of Romanian liberalism” will open Sunday at the party headquarters showing the party’s beginnings and honoring one of Romania’s most important political families.

The party is also hosting a blood donation campaign ‘Together for Life’ which starts  Monday morning at the regional Blood Transfusion Center.

Party members will lay wreaths at statues of Ion Brătianu, Ion I.C.  Brătianu and Nicolae Gane on Tuesday followed by a debate on Wednesday at the party headquarters focusing on young people and their role in society.

There will be a debate on economic liberalism on Thursday  entitled “”Economic Liberalism. From Theory to Governmental Policies”,  at the party headquarters on Thursday discussion the liberal vision for economics and government policies.

There will be a debate on how the private sector can recover after the pandemic on Saturday.

” Since 1875 we have been in the service of the Romanians. Our  history is linked to some of the most important moments in Romanian modern history including independence, the moment when Romania rose to the rank of a kingdom, the War of Unification, and the creation of Greater Romania, the adoption of the Constitution of 1923 and the economic recovery after 1929–1933 economic depression.  We respect our history and we know that looking at the past is how we will build a better future,” the statement sent to Universul.net said.