The dean of George University of Medicine, Pharmacy, Sciences and Technology (UMFST) George Emil Palade in Targu Mures, Professor Leonard Azamfirei, announced on Tuesday, August 9, that during the rehabilitation works done at the university, several highly valuable paintings were discovered, including a life-size representation of Prince of Wallachia, Michael the Brave (Mihai Viteazul).

The university building, which has the status of a historical monument, was originally built between 1906 and 1907, but only came to serve its current purpose in 1945: first as a branch of the Faculty of Medicine of the Bolyai University of Cluj, then from 1948 as the Medical and Pharmaceutical Institute of Târgu Mureș – an independent higher education institution; finally becoming the University of Medicine, Pharmacy, Science, and Technology of Târgu Mureș in 2018.

Currently, the building is being renovated, with the aim of restoring it to the form it was in during the period between 1920 and 1940 when it housed the „Michael the Brave” Military High School.

„The festive hall of the university provided a big surprise the other day.

During the renovation works, a series of priceless paintings were discovered under the current paintwork: the life-size Prince Michael the Brave, the coats of arms of the Kingdom of Romania from 1881-1922, and a series of specific decorations covering the walls and the ceiling of the hall.

The University has in its archive a photograph of the hall from the interwar period whose details perfectly overlap with the recently discovered images, a document that will form the basis of the rehabilitation project.”

The dean stated that the hall will be evaluated by experts in the field of protection of historical monuments, to ensure that it is properly renovated.

Lastly, he noted that it being August 9, it was the anniversary of Michael the Brave’s death (1558-1601) and shared this piece of Romanian history:

„A fit of jealousy between Basta and Michael turned to enmity.

Basta, after denouncing Michael for having secret agreements with the Turks, decided to arrest him; so he called him to the council, and Michael, having to come, Basta ordered some Germans to surround Michael’s tent and to capture him alive, or kill him.

Michael Vodă being thus surprised drew his sword and wounded one of Basta’s henchmen, but another henchman pierced him in the belly with his spear, knocked him to the ground and cut off his head.

This infamous murder Michael Vodă was not approved of by anyone at the court of Emperor Rudolf.” – fragment from page 74 of the General History of Dacia, or Transylvania, Wallachia and Moldavia written by Dionisie Fotino; translation by George Sion published in Bucharest by Iosef Romanov et Comp. National Printing House in 1859. 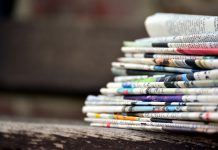 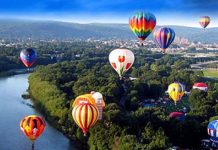 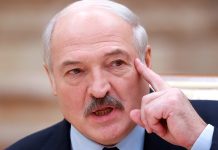