The International Festival of Literature and Translation(FILIT), taking place between October 19th and October 23rd in Iaşi, has announced which writers will attend the event.

The public will meet authors such as Irish novelist John Boyne, the author of the bestselling The Boy in the Striped Pyjamas; Spanish writer Manuel Vilas, whose novel Alegría was a 2019 finalist for Premio Planeta; Algerian author Boualem Sansal, winner of the 2015 Grand Prix du roman de l’Académie française for the novel 2084: la fin du monde; and Russian writer of Armenian origin Narine Abgarian, the author of Manyunya, People Who Are Always With Me, and Three Apples Fell from the Sky, among others.

More on the event and the schedule here. 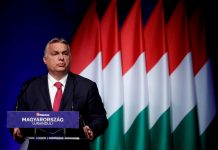