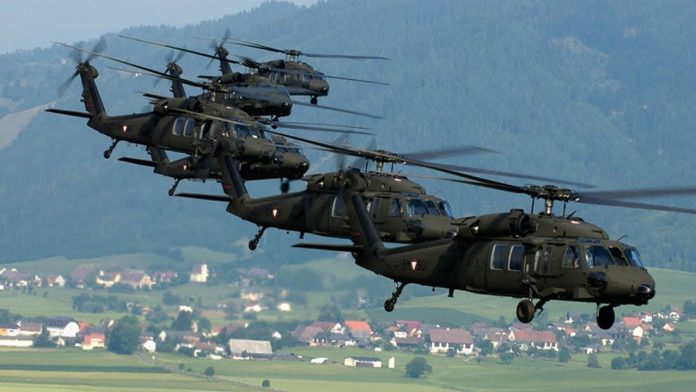 The U.S. Ambassador to Romania, Adrian Zuckerman, called the deal „a great collaboration” between the U.S., Romania and Poland „to advance and preserve the cause of freedom.”

The Sikorsky Black Hawk helicopter is the only multi-role aircraft offered to Romania that is built in Europe to a military design which is used in NATO operations.

The choppers will be manufactured in Poland, where PZL has produced helicopters for 17 international customers since 2010.

Black Hawk manufacturer PZL Mielec, a Lockheed Martin company and one of Poland’s leading aerospace manufacturers, will work with Romaero to develop plans for the new maintenance, repair and overhaul facility to be established in Bucharest.

It will form the backbone of operations for Romaero to sustain any future fleets of multi-role Black Hawk helicopters acquired by Romania’s government and other customers for civil and military missions.

Ambassador Zuckerman said „the beneficial strategic impact cannot be overstated. It is representative of our security partnership and the great relationship among the United States, Romania, and Poland.”

“Let me be very clear—this is not a routine business agreement. Romania, and Poland are linchpins in the defense of Europe’s eastern flank. Sevastopol is less than 600 kilometers away from us. Tiraspol is 400 kilometers away,” he said referring to Black Sea port annexed by Russia in 2014 and the capital of the pro-Russian breakaway Trans-Dniester region.

“The hybrid threats we face are real and they are close.”

“Last Friday over the Black Sea, Russian planes aggressively and dangerously harassed American plane in international air space. They needlessly risked our flight crews’ lives. There are also many other less visible malign acts in the Russian quest to expand its sphere of influence. “

“This type of Russian conduct consistently reinforces the need for a strong defense presence here on NATO’s eastern border. The United States, NATO and its member states will not be intimidated by these reckless stunts and malign acts.”

Janusz Zakręcki, president and general director of PZL Mielec, said: „With our Polish built Black Hawk helicopter, Romania will have the perfect solution for the Ministry of Internal Affairs and future rotary wing requirements.”

“Romaero is honored to collaborate with PZL Mielec as Romania looks to strengthen its civil and military interoperability within the European Union and on the Eastern flank of NATO,” said Vasile Boicu, Romaero’s general director.

„Our 100-year experience in aeronautics and ties with other Romanian aeronautical companies can bring together the national skilled aerospace labor force, educational infrastructure.”

„(This) will provide a great re-start of the Romanian helicopter industry as a whole,” he said