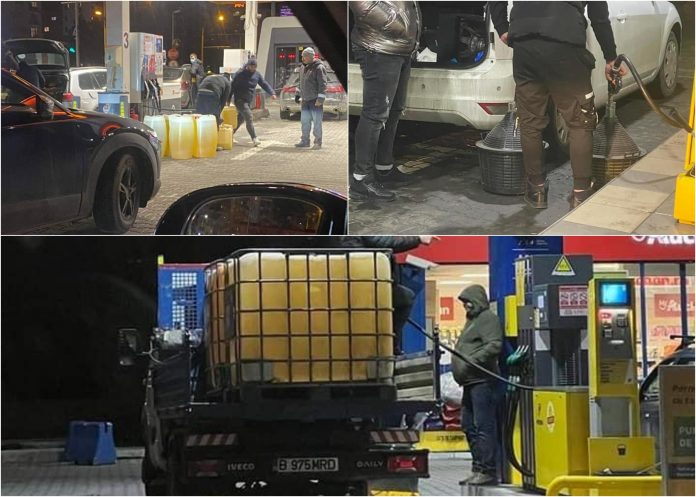 Fuel shortages in neighboring Hungary led to a surge in prices at stations near the border that then spread through Romania.

There were long lines at gas stations late Wednesday, even as the government moved to reassure motorists.

Energy Minister Virgil Popescu said that speculation that fuel prices would surge to 11 lei a liter (about 2.1 euros) were unfounded, calling panic buying ‘ a mass psychosis.’  Prices are currently between about 7.5 and 8.5 lei a liter.

Major fuel suppliers have confirmed Romania has enough fuel for motorists and industry, he said.

“What is happening is completely unjustified. We can’t talk about petrol and diesel shortages. I talked to the two big manufacturers, Petrom and Rompetrol.”

“People panicked after prices went up at some gas stations near the Romanian-Hungarian border,” he said.

He said some stations were speculating prices.

“Romanians need to know that in Hungary the government has put a cap on the  petrol and diesel prices. There is basically a shortage of fuel (there). Their gas stations aren’t open non-stop and this has had an influence in prices at independent gas stations near the border.”

Late Wednesday, Prime Minister Nicolae Ciuca said there was no justification for the sudden price rises.

Panic spread on Wednesday evening after reports of shortages at some MOL gas stations in western Romania. Diesel was selling for 10 lei in some stations.