Mid-afternoon on the 23rd of November, at least half of Moldova plummeted into darkness, following a series of heavy Russian airstrikes in Ukraine. Increasingly feeling the day-to-day impact of the war next door, Moldova is forced to adapt as the reality of the war’s proximity hits home.

Although Moldova depends almost entirely on Romania for its supply of electricity, it still shares power grids with Ukraine, resulting in what has been Moldova’s second nationwide blackout since February 24th, the day Russia invaded.

It had its first blackout on November 15th, after around 100 rockets were fired by Russia into Ukraine. These recent attacks have left half of Ukraine’s power infrastructure in need of repair.

Twenty-six year-old Lyuba, a vet living in Comrat, in southern Moldova, was in her veterinary clinic when the power went out. The clinic does not yet have a power generator but they have ordered one in the expectation that blackouts could happen more frequently.

“Thankfully there was no surgery taking place – surgery cannot happen in conditions like this, it would not adhere to modern hygiene standards”, Lyuba tells Universul.net. But, optimistically she says: “I think this situation can be solved without panic, with large battery powered lanterns and generators”. Comrat, the capital city of the Russian majority speaking, ethnic Turkic and self governing region of Gagauzia, has held several protests since February 24th, with people demanding a return to the use of CIS countries’ gas amid rising energy prices.

Lyuba, who herself has family in Russia, acknowledges that “most locals hope for help from Russia, after all, gas used to be cheaper. Everyone is in limbo, we don’t know what will happen tomorrow”.

Pro-European President Maia Sandu was given a less than warm reception on her September visit to Gagauzia, where Gagauzian officials urged her to go to Moscow and make a gas deal – a meeting Sandu seemed to leave due to the shouting which unfolded.

On November 24th, Chishinau’s mayor Ion Ceban warned that after the power cut earlier this week, “we may be left without water”, due to Apa Canal not being able to afford   electricity and natural gas prices which have skyrocketed.

Moldova is one of Europe’s poorest countries, with around 13% of its 2.5 million population living in poverty (as of 2019), according to statistics. The current energy crisis in Moldova, in part worsened by the war in Ukraine, has sparked months long protests in Chisinau which started in September 2022  and were affiliated with the pro-Russian Ilan Shor Party.

Sixteen miles north of Comrat, in Moldova’s capital Chisinau, Roman sat in his office which had descended into darkness. All employees’ computers were off, as they waited hopefully for power to return –  and two hours later, it did.

Though “this is not a sudden blow” for the 23-year old, who has been expecting a situation like this to arise since February, Roman fears for the stability of the company he works for. “If the problem becomes more critical, the company will either close or be forced to move to a place where the war cannot impact it”. Roman takes the current events as a warning, to adapt and start “preparing for these situations earlier”. Videos and images of long traffic jams on Chisinau’s main roads have emerged, with traffic lights turned off and broken down trolleybuses block the streets. Shocked to hear that his colleague’s father, who was in a hospital in Chisinau, Roman said: “even the electricity went off there”.

Inflation and demand has caused the prices of generators to significantly rise in recent months – in Moldova the average salary is around 544 USD per month. However, not everyone is demoralised by the blackouts; some Moldovans took to Facebook groups to share the message ‘without you’, echoing a powerful speech of Ukrainian President Zelensky’s, in which he said “No lights or no you. No you” – referring to Russia.

The recent blackout comes after a succession of increasingly worrying events, including on October 10th, when 3 cruise missiles crossed Moldovan airspace after being launched from the Black Sea on their path to Ukraine, and on October 31st, when debris from a shot down Russian missile landed in the Moldovan village of Naslavcea, shattering windows near the Ukrainian border.

The blackout of November 23rd led Moldova’s President Maia Sandu to deliver potentially her most powerful anti-Russian statement since full-scale war broke out, with a nod towards Moldova’s pursuit to join the European Union.

“Russia has left Moldova in the dark… We cannot trust a regime that leaves us in the dark and cold, that purposefully kills people for the mere desire to keep other people poor and humble. No matter how hard it may be now, our only way for the future path of the Republic of Moldova, must remain towards the free world”, wrote Sandu.

A few Moldovan citizens expressed to Universul that the situation in the country is “inconvenient”, although there is little obvious physical threat to the country.

But with colder and potentially harder months coming, it is those like Roman who firmly believe that “Ukraine is a wall which is defending our country from the war”. 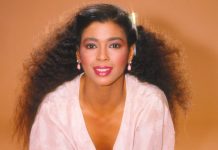 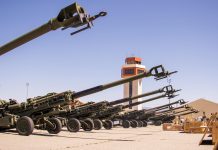